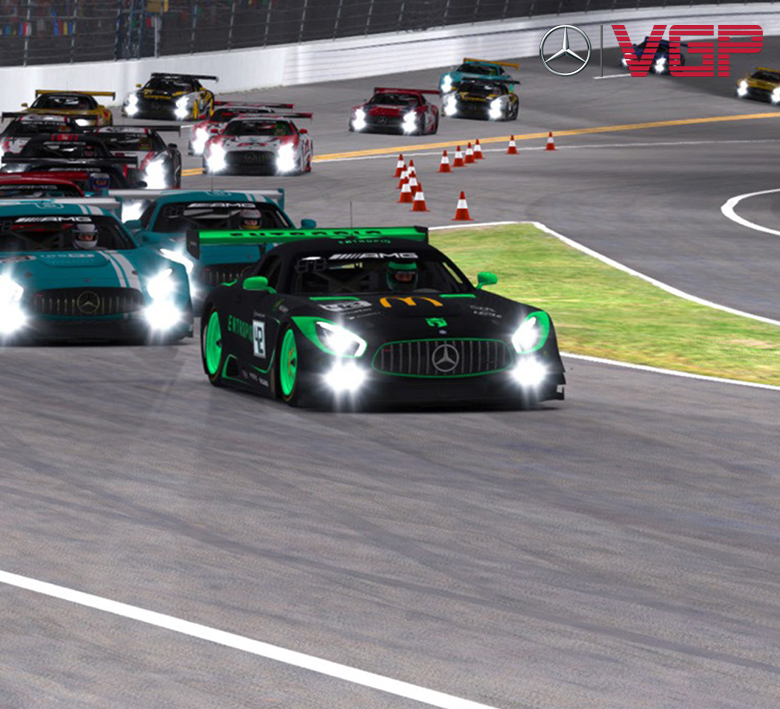 Zolder: Another victory for Podstata!

Entropiq member Lukáš Podstata again proved in Belgian Zolder, that he’s one of the fastest pilots of this Virtual GP season.

Three weeks ago in Daytona it was a great teamplay and well-chosen strategy. Zolder on the other hand showed some unique individual performance.

Lukáš Podstata got the the first place in the third race of the season after a flawless starting manoeuvre. He then held his position until the end before pursuing Erik Vizim, who on the contrary failed his start from the pole position.

Narrow track didn’t see many overtakes and spectators witnessed many mistakes. Lukáš Podstata showed none and reached a well-deserved second victory in a row.

Second driver of ours, Michal Matoušek, had to deal with technical issues with his shifting just a couple of minutes prior the start. With an improvised assembly he finished 11th.

Entropiq drivers have been crushing VGP opponents so far. Our guys hold the first place in the team championship with 103 points and 40 points lead to the second Přáda brothers.

Lukáš Podstata is leading the championship after consistent performances in the first three races with a great lead.

Lukáš Podstata revealed what led to his domination at Zolder after the race:

“Main reason was a hard training. Zolder is very difficult track. We’d been tuning the setup for a long time and I hope we managed to find the most optimal one.”

“It was important to keep focus during the whole race. It's a short, but difficult circuit. My only hesitation came after 30 minutes, when I had a short window and almost missed a chicane.”

“Erik didn’t let me to chill even for a second. Gap of 3 second in the finish line might seem big, but he was really giving me a hard time.”

One of the deciding factors was a fantastic start.

“We use a double clutch, start through a clutch, if Erik starts through the first gear with a full throttle, the car runs out of breath unnecessarily, but I think he just missed the clutch timing, maybe he released the throttle.”

“He started really bad which helped me a lot. I was afraid of the first turn, but the drivers were nice. It proved that we can race and we provided us with a plenty of room.