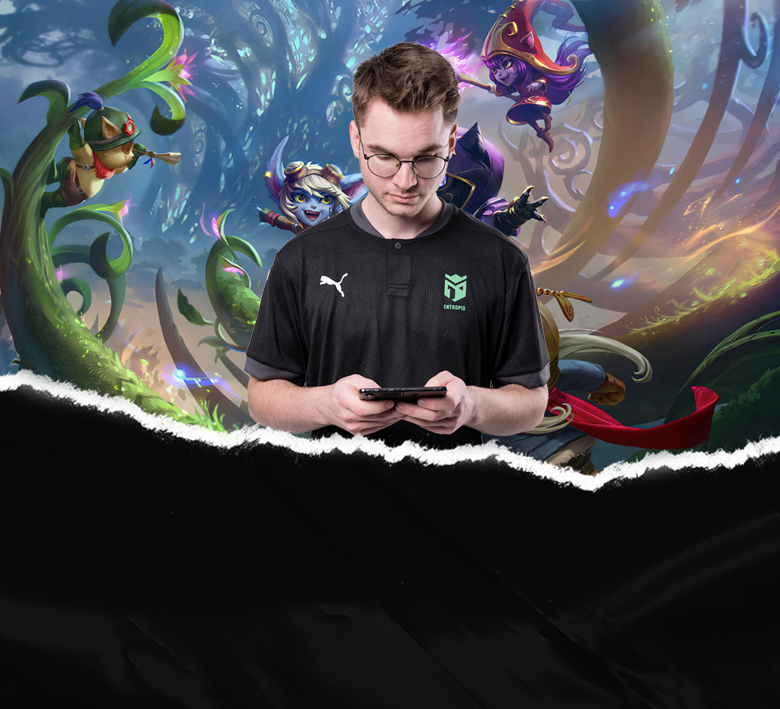 Wild Rift: We want to compete with the Czech top

After unsuccesful Czech Championship and a short pause, Entropiq is back with Wild Rift. "We believe to fight for the highest places on the Czech scene," says WR section manager Richard "Richie" Jarošík.

The squad already had a chance to compete with the best, when they lost in the first round of EMEA Championship Season 1 against Natus Vicenre. They're going to fight in the lower bracket now.

You can cheer for them on Saturday, 26 February at 14:00 CET on Hitpoint.cz Twitch channel.

We asked Richie Jarošík, the manager of the entire section, for details about the rigmarole surrounding the composition of the new Wild Rift team:

How and why was the new team composed?

The old roster decided not to continue on the same path, so we had the difficult task of putting together a new roster that would be able to compete with the top of the Czech scene, as well as fight on the European level. With the head of the Gaming Department Mozilla and I decided to go the route of building a team around the players who stayed with us - that is, around Pogo and Cekutka.

Have you tried more options?

Basically, we did try-outs for the whole of December, which is not the best choice in terms of the sporting concept, because this part of the year was supposed to be the so-called off-season in Wild Rift, so that the players could recharge their batteries for the next challenging season.

As all indications are, everything worked out well in the end...

The roster crystallized just before the end of the year. In January, only the current five, who proved to be the right fit both in terms of play and work-ethic, were already training. From April onwards, we would be joined by a new coach who had been on my radar from the start as potentially the best domestic option.

What are the goals of the three-fifths of the new roster?

It's mainly continuous progression and a good work-ethic. We reflect the great growth of the domestic and European scene, but if these two components continue to improve, we believe that we will fight for the top positions on the Czech scene and in Europe we would like to fight for a place at the European Championships in Barcelona. If the boys continue to work as hard as they do, then these goals are not unrealistic.

What's next for us this year?

We have already made it to the Western European qualifying playoffs, where we fell into the loser bracket after losing to NaVi. However, the performance showed us that we have nothing to be ashamed of and also showed us what we need to work on the most. As Barcelona will take place in May, we will be focusing purely on this event. Then from June onwards we will start preparing for the national championships, which should be in November again.

When is the closest time for fans to support Entropiq?

This Saturday at 14:00 CET we will be taking on Blows Gaming in the WREC playoffs. The match will be streamed on Hitpoint's twitch. After a possible win, we will play the next round on March 5 at 15:30 CET against the loser of the Gamelord x Team Queso pairing. Come support us, we'll need it!