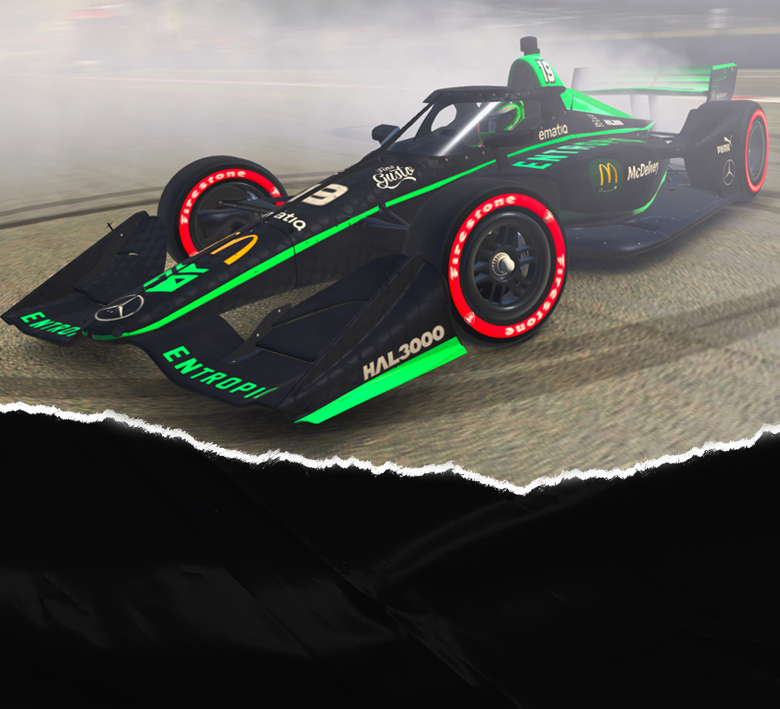 VPG Monza: Another victory for Podstata

This season of Mercedes-Benz Virtual GP has a clear leader. Lukáš Podstata wins at italian Monza and increases his lead in the drivers championship. Entropiq also lead the team standing!

After the summer break, a spectacular challenge awaited the racers in the virtual monoposts of Formula Dallara. Italian Monza, a circuit nicknamed "The temple of speed". The iRacing simulator had prepared extra beautiful weather.

Lukáš Podstata sold the kilometres he'd trained for in qualification, where he took pole position. The other Entropiq driver, Michal Matoušek, started from 21st place.

"I was banned from qualifying for an incident at the previous race in Spa due to my mistake," he explained.

The ninth round of the VGP season didn't get off to the best start. There was a big collision and the safety car came out on the track. However, Podstata and Matoušek avoided the problems and after the restart both of them confirmed their quality.

The long straights at Monza were ideal for our drivers. Podstata was able to reach the highest speeds of all and controlled the race from the first position. Matoušek, on the other hand, overtook one rival after another and eventually finished the race in a great fourth place.

"Fourth place was the maximum, I had to fight my way through the whole field. Before the race I would have taken maybe even the top 10," he commented on Monza in retrospect. "The start was the turning point, a lot of cars spun, but I survived, left a bit of space to avoid contact and then picked them off one by one. TOP4 is the bomb," added the driver of the day, according to the spectators, who several times passed two rivals at one go.

Lukáš Podstata, who won the race in start-finish style, was also very satisfied.

"I already knew during the training that I had an extreme pace, but Michal was flying behind me, hats off," said with respect to his only serious rival Michal Limona. "But he made a mistake with the stop, I put it down to two seconds and then I just kept it up, it wasn't as easy as it may have looked but it was a fulfillment of duty and work, the speed was there."

A flawless ride? No.

"There were a couple of mistakes, especially in the first chicane I got my rear end undone a couple of times, but overall I drove carefully, the formulae are very susceptible.

I'm glad it worked out, I worked hard over the holidays to build up the pace, there is a chance to win the title and every point is important. Michal (Matoušek) also worked hard, he gave an incredible performance and thanks to that we now have a cushion in the team championship, but the end of the season will be difficult, anything can happen," he finished.