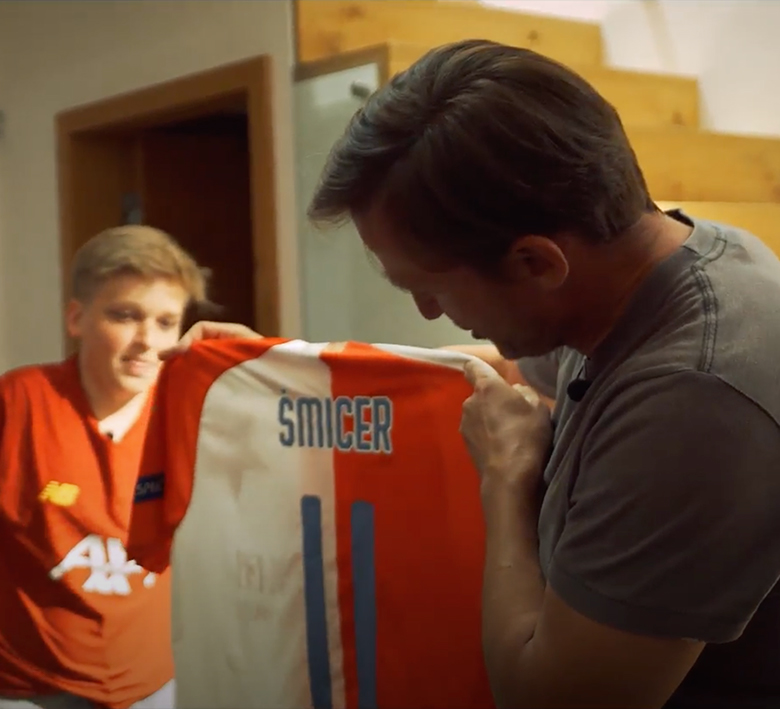 "Esports has a bright future. I've continuously watched professional gaming for years, and the industry has been sky-rocketing not only abroad but also on the Czech-Slovak scene," said former Liverpool FC and Slavia Prague midfielder.

"I see a tremendous potential in Entropiq. My son is also a FIFA fan, so joining the industry was a no brainer for me," Smicer added.
Entropiq is excited to join forces with the Czech international, whose stellar career included 81 appearances for the national team.

"We are convinced that Vladimir Smicer will help us introduce professional gaming to a wider public. Esports has been growing rapidly, with the biggest tournaments in the world awarding tens of millions of dollars. We are pleased that such sports star decided to partner with us," said Ondrej Drebota, Entropiq's Managing Director.

Smicer, who played on some of the world's most iconic football pitches from 1992 to 2009, looks forward to meeting the players and staff. He plans to attend the offline events, both domestic and international, to support our team on the big stage. His contacts abroad could expand Entropiq's radius in Europe.
With the UEFA Champions League title under his belt, Smicer naturally inclines towards FIFA, EA's popular football simulator that featured him as a player for nearly two decades.

Entropiq's elite FIFA player Stepan "RIIJK" Sobocki, who has been a lifelong Slavia Prague supporter, is excited to work with Smicer.

"I used to go to the games to watch 'Smica' on the pitch. I believe nobody can be happier about the announcement than me," said Sobocki, who won the FIFA Czech National Championships in 2018.

RIIJK has already defeated Smicer in virtual penalties, but the Czech football legend immediately offered a rematch -- in a real shootout in Eden, Slavia's home ground.
Along with Smicer, his son Jiri also joins the black-and-greens. Jiri will be a member of Entropiq's newly established FIFA academy. Smicers play games often together, mainly sports simulators and shooter games.

"I would say I play at least an hour a day; I even bring games with me when we go on a vacation. I enjoy playing on computer or console rather than watching a TV series,"  said Smicer Sr., whose trophy cabinet boasts silver and bronze medals from European Championships.

"I believe our partnership with Vladimir will propel us one step closer to the mainstream spotlight," said Entropiq's founder Martin Kabrhel.