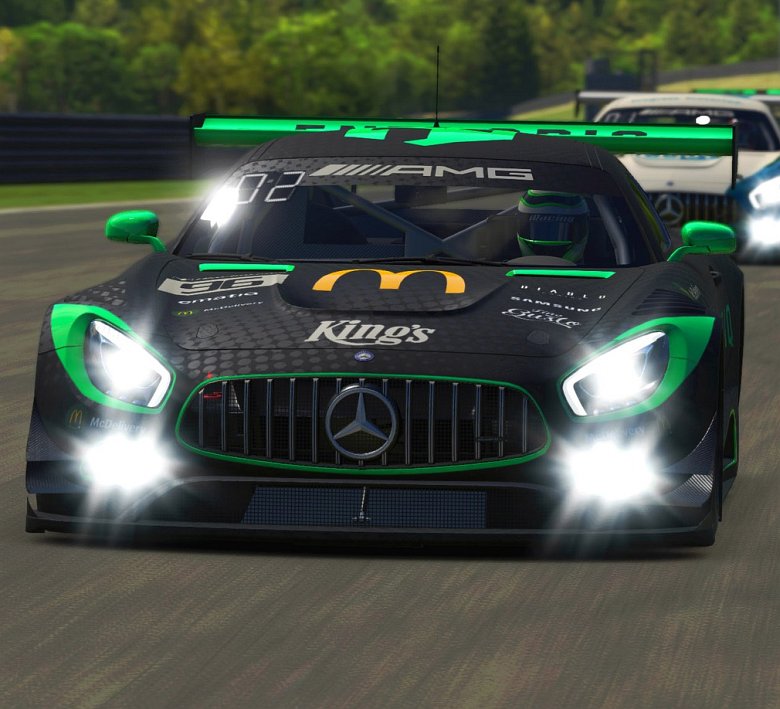 This year's 2022 Mercedes-Benz Virtual GP season continued this week with its fourth race in the GT3 category. The championship returned to Spielberg in Austria after a break of several years, and the popular track suited the Entropiq drivers. Lukáš Podstata finished second, while Martin Sirotek took bronze.

The qualification already showed a lot. The fastest lap and with it the Pole Position was won by the big favourite of the whole VGP Martin Štefanko, followed by both our drivers. The order changed shortly after the start of the race. Podstata went to the front right at the first corner. Martin Sirotek held the third place despite the pressure of Martin Nejedlík.

However, Štefanko, with his economical driving, managed to save enough fuel for two extra laps during the first stint, which he drove at a high pace and after a subsequent pit stop he returned to the first place with a lead.

Lukáš Podstata completed the rest of the race in second place after the pits, with Martin Sirotek holding on to third place. In the overall standings, both in drivers and teams, the black and green squad is within striking distance of the best. The next race is Donnington Park on 31 May.

After the messed up Daytona, great race, I'm happy. I was trailing the guys ahead of me for a long time. They were faster, and it would have been counterproductive to overtake them.

I kept Martin Nejedlík behind me. He's very fast, but I tried to save as much rubber as possible after the pit stops, and I was able to push at the end, which turned out to be the right thing to do.

The mistake was right at the beginning, where I attacked and didn't save fuel. I wanted to try to rip it off by lap 8, but that didn't happen, and I had to start saving as well, otherwise the other guys would have jumped me after the pit.

Overall though, a great result for Entropiq, we're still in contention for the team title and I pulled ahead in the Drivers' Championship too. We'll take the points.

Spielberg suits us, we had a bunch of laps here before, on the other hand the previous Hungaroring is not one of my or Martin's favourites. Now we've got Donnigton and Hockenheim to go, where I'm also doing well, so we'll see.

Martin Štefanko is still a level further away, we are now concentrating mainly on the teams, but if the opportunity arises to trouble Martin a bit, we will definitely try to do it.