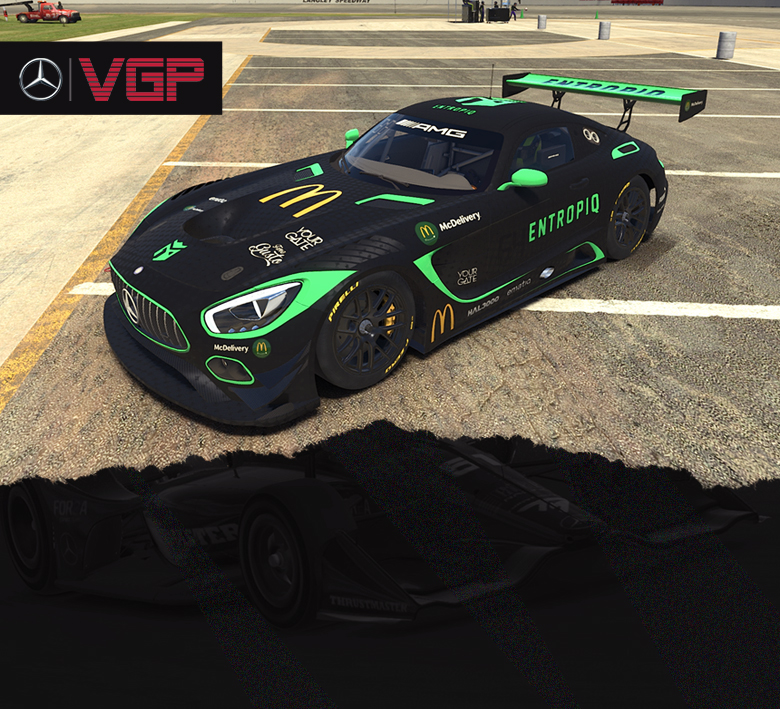 Imola offered an attractive race from the beginning to the end, as prior qualification suggested. Our guys started on fourth and sixth place for the starting grid.

Mercedes-AMG GT3 cars were doing 1 minute and 42 seconds on average on this racetrack and 14 drivers did their laps within 1 second gap of each other.

In the race itself, Lukáš Přáda showed a lightning start from the pole position, and before the famous Tamburello chicane he made a tight lead for himself.

After him there was an excess of Mercedes cars on the relatively narrow Imola track. After a collision with our Michal Matoušek, one of the favourites of the whole season, Erik Vizi, was out of the race.

“I was on the inside track and he closed me, I don’t think it was solely my or Erik’s mistake,” Michal comments the start of the race.

“There wasn’t simply enough room for two cars and there were even more of us. If I pushed more to the inside, I would got to a spin andwe’d have a bigger problem. Overall bad timing. Teammate Lukáš also suffered from this, he got hit from the behind and he had to drive with a major damage for the rest of the race.”

First places got stabilised. Lukáš Přáda was leading the race, followed by Martin Nejedlík and Entropiq’s duo Matoušek and Podstata.

They were racing with just a split-second gaps, but the final standing remained unchanged. Black and greens couldn’t move up even after a pit stop.

Michal Matoušek tried to attack a better position, but he was denied by Nejedlík, who held his second place.

“I would like to thank my teammate Lukáš Podstata and pay him a compliment. He drove almost whole race with damaged car and yet he managed to defend his position against Martin Sirotka,” adds Matoušek.

“TOP3 was the maximum today. I had damaged car since the 20th lap because I drove over a kerb too hard in the last chicane and hadn’t had time to overtake Nejedlík in the finish. But we're leading the team standing, which is a great result!” he finishes.

VGP championship continues in two weeks on Tuesday in Daytona.