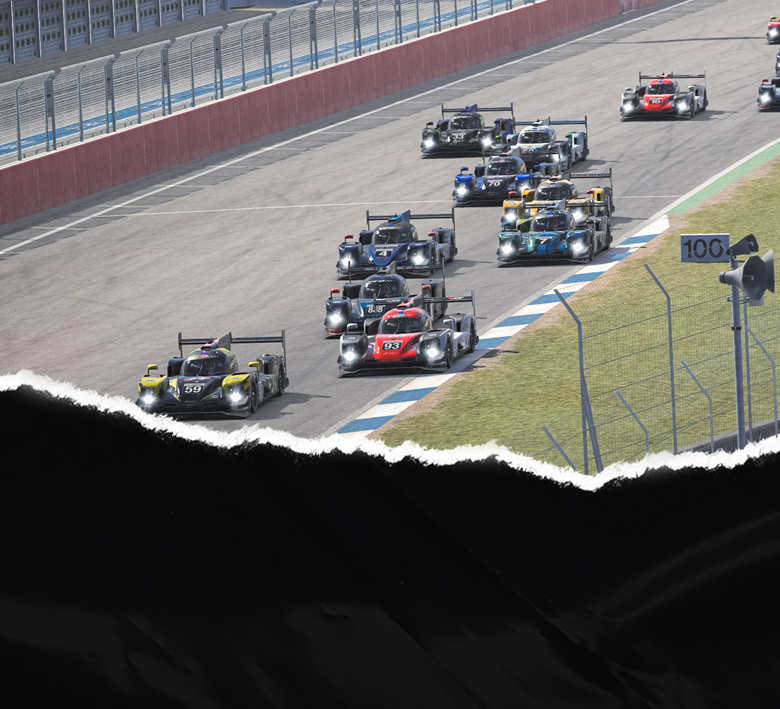 Professional drivers from real live racing meet on virtual tracks together with sim racers in the VCO ProSIM Series. Not only is prestige at stake in the fierce competition, but also considerable rewards. Over four weeks, $25,000 will be distributed among the best.

Entropiq drivers will join the third round racing round. An esport driver must take turns with a driver with a real racing licence.

Lukáš Podstat and Martin Sirotek will be joined in the VCO by Tomáš Korený, who you may know from the Czech Virtual GP series as well as from real circuits.

"We mainly want to compete with the world's best," says Lukáš Podstata about the chance to race with the best. "We don't have excessive ambitions, we'll see on the track."

The VCO ProSIM SERIES attracts big names of the world simracing scene. Maximilian Benecke, Yuri Kasdorp, Josh Rogers and Enzo Bonito are among the stars behind the virtual steering wheels.

The VCO ProSIM Series is also unique in its format. Drivers have no room for practice. The specific circuit is chosen by the spectators just before the race, and they race with the same car (LMP2) and the same setup for all. It is mainly the driving qualities that are decisive.

The seventy or so teams are divided into two 30-minute heats, from where the top 15 always advance to the final bonus race.

On Tuesday, 16 November at 20:00 CET, Lukáš Podstata will race in the Entropiq car with Tomáš Korený, while a week later Martin Sirotek will be behind the wheel.

You can watch the whole action on live stream on Youtube VCO Esports or Twitch/vcoesports.

Entropiq POV will be available on our own stream on Entropiq Twitch. We start at 20:00 CET!

The second half of the 2021 VCO ProSIM SERIES kicks off today.

Follow the Heats and the Bonus Race from 20:00 CET!