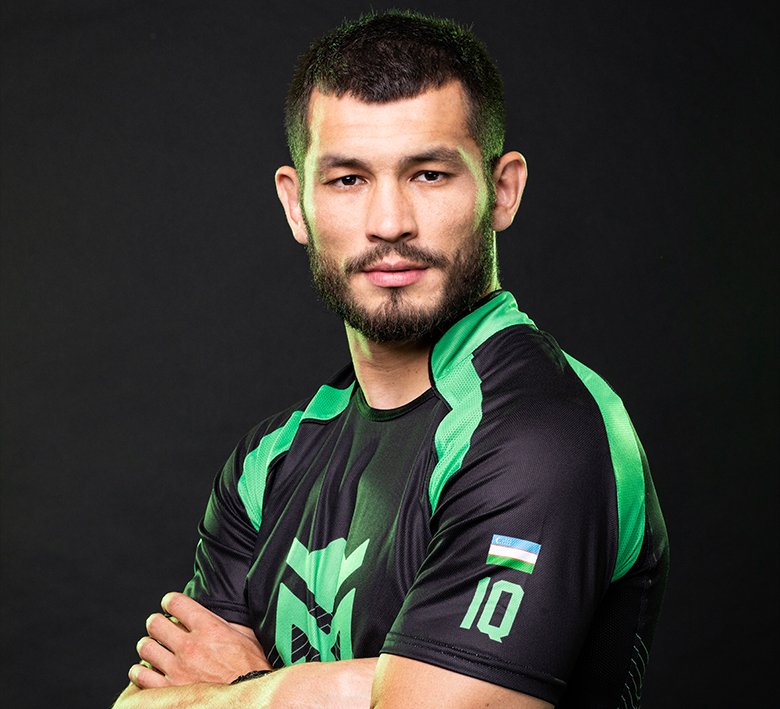 Born in Tajikistan, Muradov has earned fame in the octagon, fighting in the Ultimate Fighting Championship, the world's largest MMA promotion company. Since joining the UFC in 2019, Muradov has won two fights. He is now eyeing to extend his unbeaten run in an upcoming October bout against Krzysztof Jotko.

Conditioning for mixed martial arts is as complex and demanding as for any other sport, and Muradov cited gaming as a perfect activity to rest and recharge.

"I like to play games; it is relaxing. I have played Counter-Strike since I was 12 or 13, that was back in Uzbekistan. Then I switched to Dota 1," Muradov said.

After the outbreak of the coronavirus pandemic brought the wheels of professional sports to a halt this spring, Muradov dedicated more time to playing games, which helped him to maintain social connections.

"During the quarantine, I returned to Dota 1, through which I could stay in touch with my buddies," he said.

Muradov's outstanding MMA career propelled him into a stardom status that spans borders. He boasts nearly 1 million Instagram followers from the Czech Republic and beyond. “Mach” was dubbed ‘the best MMA fighter in the world’ by boxing legend Floyd Mayweather, who signed Muradov to his The Money Team.

"We believe that Mach will help us reach a wider audience. He is a well-known gaming aficionado, which makes our partnership all the more promising," said Martin Kabrhel, founder of Entropiq.

Muradov confirmed that the synergy was natural for both Entropiq and him, revealing that the initial talks made his decision to join Entropiq easy.

"We were immediately on the same page, so it was a slam dunk. I believe that esports have a bright future, and I am always looking to learn new things. I hope we will help each other," Muradov said about the partnership.

Entropiq and Muradov have already outlined several upcoming projects, which will be unveiled soon.

"I can reveal that you can look forward to Mach's streams, which will feature some of our players as well. And there is more to come," said Ondřej Drebota, Managing Director of Entropiq before adding that Muradov will also run MMA training sessions for the team members.

Meanwhile, Entropiq presented one more partnership today: the organization has joined forces with Biovitality, which has introduced the food supplement YOUR GATE to the market. It is a second such deal revealed by Entropiq this week as the organization announced a partnership with McDonald's on Wednesday.

"Esport is the rising phenomenon of our generation; it is new, exciting, and fascinating. Entropiq and YOUR GATE share the vision and goals. That is to conquer the world through creativity and exploration. We would be honored if you joined us on the path; whether you are a player, a student, an athlete or anybody else," said YOUR GATE owner Karolína Kasparová.