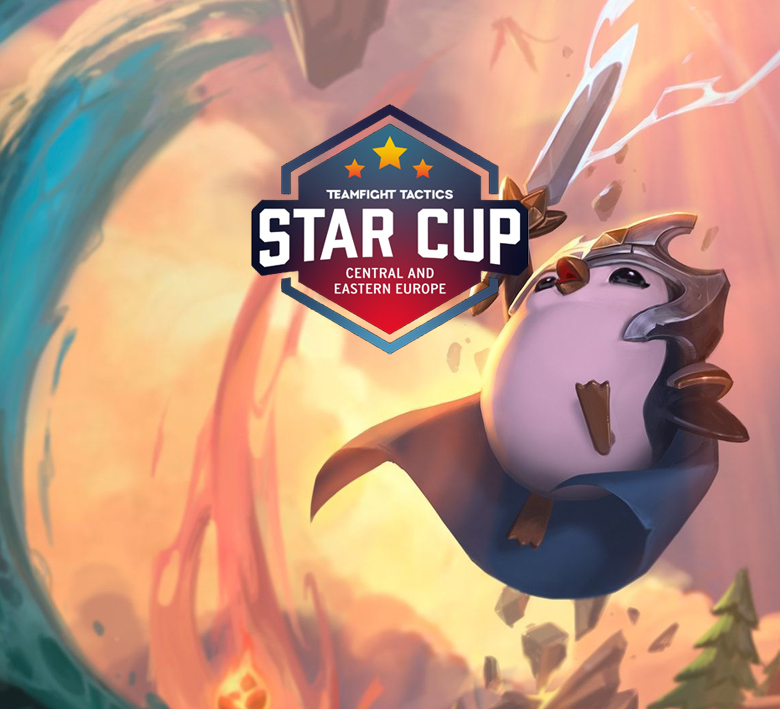 Teamfight Tactics Star Cup is a chance for the best players in Eastern and Central Europe to compete not only for prestige, but also for a share of the €9,900 prize pool.

Only the top 16 players - two Czechs, four Polish players, four from Germany, Austria and Switzerland and six from other Eastern European countries - qualified for the main stage of the TFT Star Cup via leaderboard.

Czech TFT will be represented in the final battles by Miloslav "Thrae" Poslední and also Adam "Sebadam" Šebesta, an Entropiq player.

Both players will start in the same semi finals lobby, in which they will play a total of six matches over the next three weeks (always on Tuesdays). The top four will advance to the final round.

Czech stream should be available on HITPOINTCZ - Twitch

We asked Sebadam about the qualification process, the new set and the Star Cup itself.

How was the qualification itself? Did you make it safely to TOP2 in the CZ scene? Or were there days when you had doubts?

Star Cup was announced at the end of March. There were two spots for Czech players, decided by the number of LPs as of April 25. Right after the announcement I started playing on my main account. I quickly got a big head start because the other Czechs didn't give it much thought after qualifying for the Fates Championship.

Then during April I was overtaken by Thrae, who reached about 1800 LP and just sat there without any problems. I got to about 1600 LP and I was also just observing the others.

My biggest competitors for the second spot were Kappakuk and Path of Gaming. With about a week to go, Path of Gaming got to about 1550 LP, I started playing just in case and dropped to 1470 LP. Eventually though, I managed to get back to over 1600 and since the others had pretty much dropped, no one threatened me anymore.

Star Cup will now be played completely in the new set. How are you adjusting to it?

The new set is quite a big change. The Chosen mechanic is gone and the Shadow items mechanic is in. Overall I really like it, it's probably my favourite set so far. Riot games have learned from a lot of things from the past and this set has been really successful because of it. I'm currently training for High elo EUW Ladder where I'm the 10th person in the new set to hit a challenger and I just hit rank 3 EUW as well.

Do you know some of the opponents? Are you expecting an even battle? How do you see your chances of advancing to the finals?

I know Thrae the most, of course. I'm a bit sorry they put us together in one semi finals lobby, but unfortunately we'll have to deal with that somehow.

I honestly think he's going to be the biggest competition. The 4 Poles who were selected based on their Ultraliga will also be very good.

The chances of reaching the finals will be more than 50%, but I'm a bit disappointed that only 6 games in total will be played in the semifinal groups. Personally, I'd like to see like 9 or 12 games - since it's spread over 3 weeks.