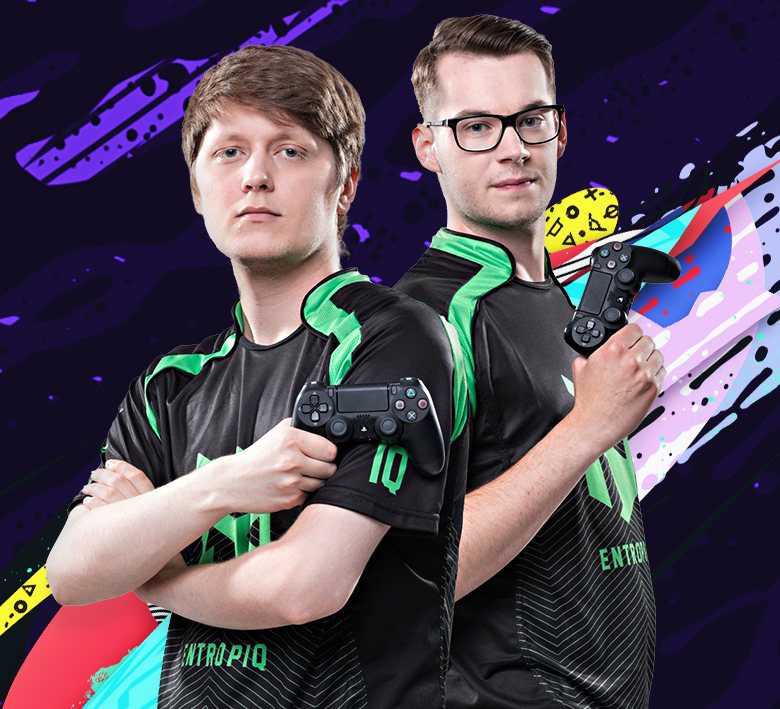 The final tournament boasted 16 players who earned their seeds through four open qualifiers. RIIJK, Drmi10cz, and Huhnak were all drawn into the group, but all of them managed to reach the next stage and RIIJK eventually waltzed all the way to the Championship.

In a vintage Entropiq derby, RIIJK defeated Huhnak in the semifinals before dismissing Drmi's bid in the finals, beating him by six goals to five.

Huhnak, whose only loss came against RIIJK, won the bronze medal match to secure a double podium appearance for Entropiq.

What did you think of the group stage draw? Your group eventually occupied the entire top 4.

Honestly, I didn't really care about it. Everyone was making it through, so it was just about the playoff seeding. It's interesting to see us finish first through fourth, but it makes sense because our group was by far the toughest.

What was it like to return to FIFA 20 after playing a FIFA 21 week?

I'm not going to lie...I wasn't excited. I've been playing FIFA 21 for days. Moreover, the Championship was held in the kickoff mode, which isn't my favorite either.

I think it showed as my fundamentals are a little different. I forgot how to do a drag back, there is a different button for that in 21. But everyone had the same issues, so it was the same for all of us.

Huhnak beat you in the group. Did you have special motivation to defeat him in the semifinals?

I applied pressing in the group matches...and used a slightly different tactic overall. In the playoffs, I returned to my favorite settings. I expected a whole different series in the semifinals.

The first match saw me concede two silly goals, so I wasn't happy. Two goals from two shots against my eight attempts or so. But I went into the second game with the same game plan, prevent Huhnak from getting breakaways. Other than that, he wasn't too dangerous. I scored one goal and broke the tie in the added time. Classic FIFA.

How would you describe the final match against Drmi?

I had a really great start...being down three-nil. I took a break, put the pressing on and hoped to exploit his slow style. I knew I was maybe going to give up two or three more goals, but it was my only chance to bounce back. And it worked! However, when I turned it around, he was able to equalize straight away. It was very close until the final whistle. Fortunetely for me, Drmi missed his final opportunity, made one extra fake shot, and eventually didn't pull off a shot at all.

Was this your final FIFA 20 appearance? Are you now switching your focus fully on FIFA 21?

I hope this was the last one. I've been grinding FIFA 21 for more than a week, since October 6. So I hope it's just going to be 21 from here on out.