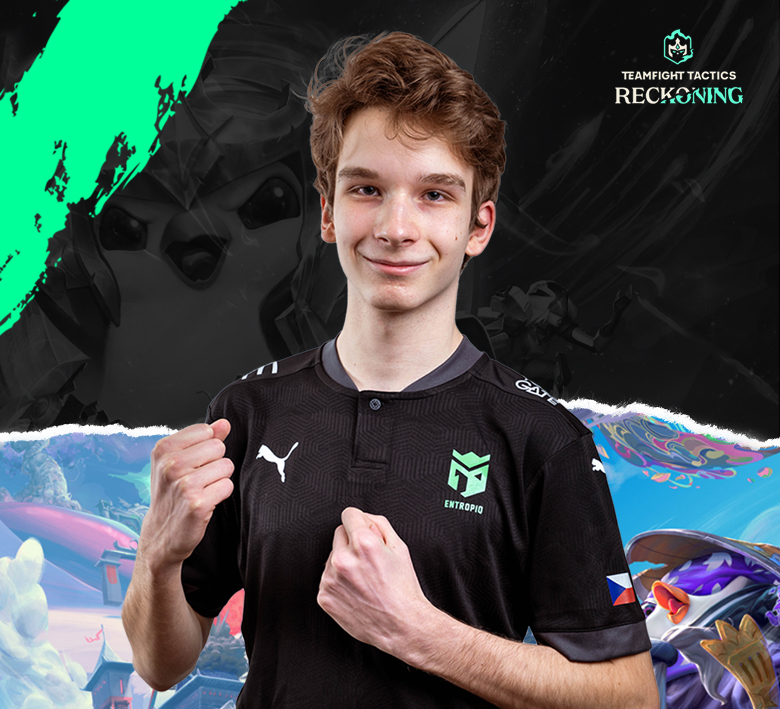 Adam "Sebadam" Šebesta is going to play the regional European final of TFT Reckoning Championship. The best four players out of 64 attendants will advance to the championship itself.

Sebadam tried unsuccessfully to advance to the Regional Finals on the EUNE server, where 10 spots were up for grabs. In the end he finished two places below the line.

However, two days before the start of the Regional Finals itself, two players withdrew their participation and Sebadam was on the waiting list as the second alternate. He will therefore go into the game with almost zero preparation and little experience in the recently released set due to his vacation in Spain.

"I'm happy to finally get to play a regional final, it will be another cool experience for me. But I'm at a big disadvantage compatred my opponents," says the Entropiq player.

"As far as the new set is concerned, I'm really far behind. Both because of the vacation and because I didn't count on the Regional Finals at all and after I came back from Spain I was more focused on streaming and other things instead of tryharding."

"The big win for me would be to get into the top 16, which takes the money, anything above that would be a pure bonus. It's going to be very hard. There's crazy competition in Europe, everyone has trained a lot more than me and I'll have to highroll a lot to make it work."

"On the other hand, the new set seems cool, the radiant items and the bonus drop if you drop below 40 hp are cool mechanics, so we'll see how it goes," he finishes optimistically.

The Regional Finals will feature 64 of Europe's strongest players over the next two weekends. Only four of them will play in the World Championship. There is no room for mistakes here.

This weekend, on 31 July and 1 August, players will play 12 rounds, paired using the classic Swiss system. Only the TOP16 will advance to the final weekend, which will be played during 14-15 August, where money and entry spots will be distributed for the TFT Reckoning Champonship.

In addition to Sebadam, current CZSK number one Thrae will represent Czech colors in TOP64, the third Czech in the party is Skipaeus (he has a wrong flag in the official picture). Good Luck!

You can cheer Sebadam on Saturday, 31 July from 15:00 on his stream Twitch.tv/sebadamtft