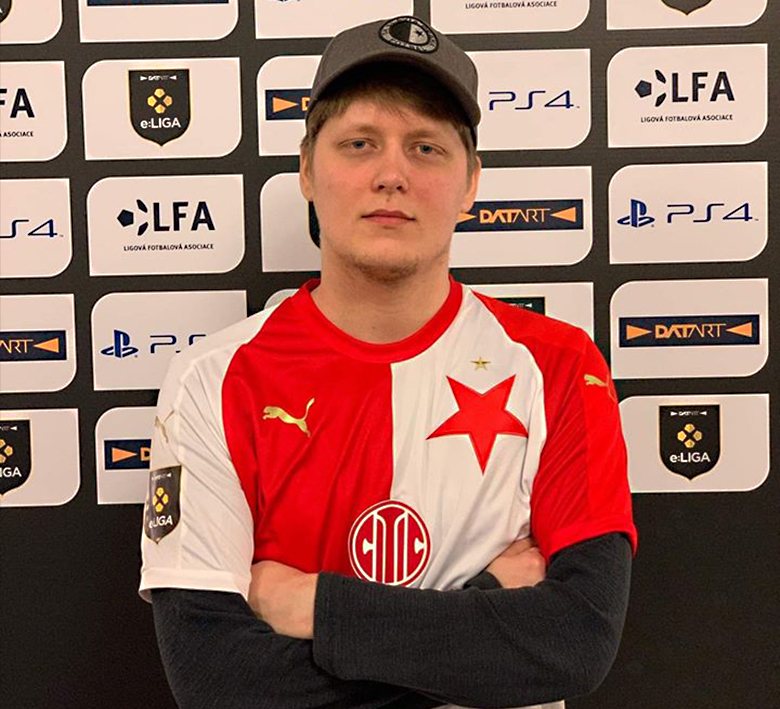 Štěpán "RIIJK" Sobocki will be representing Slavia Prague in the "Derby Helps" charity tournament on Sunday, May 10.

There is no bigger rivalry in Czech soccer than the one between Sparta and Slavia. The Prague derby holds the Czech attendance record with 50,105 fans turning up for the game back in 1965. The two teams will now try to eclipse the mark, albeit in the esports field. The virtual derby kicks off on May 10, at 11 a.m. CET.

Fans can now buy a virtual ticket for the "Derby Helps" battles to support the cause. The tickets are available on both clubs' official websites. All contributions will be donated to hospital nurses, whose jobs have been among the most demanding during the coronavirus pandemic.

While soccer players have already returned to practicing under limited conditions, it remains unclear when the games will be back. The Derby Helps Charity Tournament will, therefore, take place online with the two rivals facing off in FIFA20.

All participants will play one match with a point awarded to the team for each win. The derby may eventually end in a tie, should the clubs notch four points apiece.

Czech TV will be airing the full eight-game schedule live on the ČT Sport channel, marking the first FIFA broadcast in the Czech public television's history. Filip Lejček and Jan Pěnička will be in charge of the commentary booth while Jiří Štěpán and his guests will be providing the viewers with the coverage from the sidelines.

Meanwhile, the red-and-whites drafted Team Entropiq's Štepán "RIIJK" Sobocki to their lineup. RIIJK, who has been a lifelong Slavia Prague fan, had previously represented the club in the Datart e:LIGA in which he helped Slavia to a runner-up finish.

"I'm excited. Even more so, because I've already played in the red and white kit. Now it will be in a different format, but when I discovered that Slavia was looking for more players for the derby, I was glad I could help," RIIJK said.

"It's a great project, and I hope we'll make people's Sunday a little more entertaining, even when it's not the real soccer. But the most important thing is that we're all helping a good cause," he added.

While the prestige of playing on the national TV adds extra motivation, there isn't room for the elite Czech FIFA player to prepare exclusively for the big stage. Other competitions fill RIIJK's schedule during the week. However, his training drills have been perhaps more intense than usual.

"I will be ready for Sunday," RIIJK claimed.

"We're happy to have RIIJK wear the red-and-white shirt again in such a prestigious match. We want to thank not only him but also Team Entropiq for permitting him to participate in the event," Michal Býček, Slavia's Head of PR, said for the club's website.