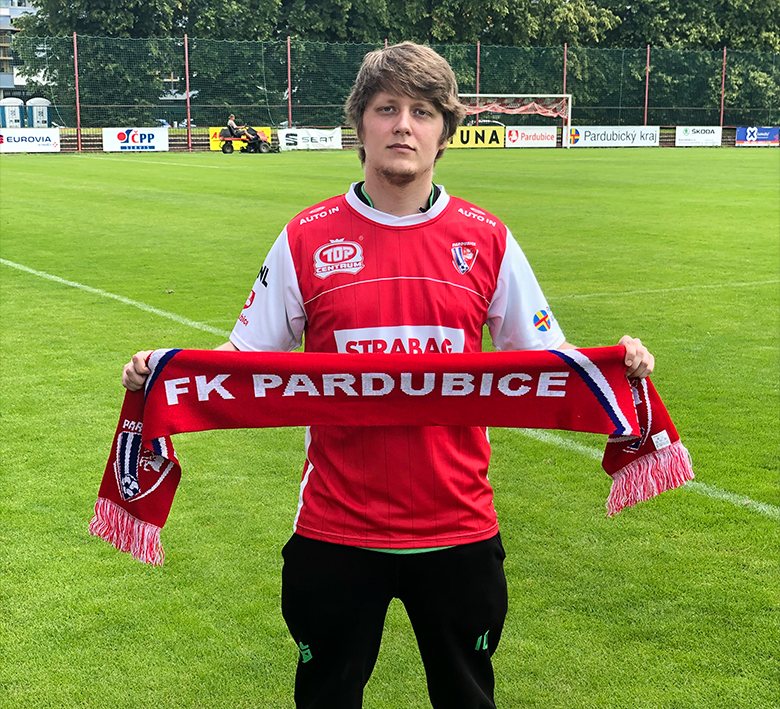 RIIJK to Play for FK Pardubice in MOL eCup

Team Entropiq's Štěpán "RIIJK" Sobocki has been loaned to FK Pardubice to represent the second division leaders in the MOL eCup.

Pardubice football club has been closing on clinching promotion to the Czech top tier for the first time. It's been an historic season for the team that emerged on the scene after a three-club merger in 2008.

Monday saw Pardubice defeat Jihlava to return to the top of the table. The red-and-whites stay on course to reach the ultimate goal, leading the race for promotion. Pardubice need to win three of four remaining games to seal the deal, sitting one point ahead of Brno while having a match in hand.

Moreover, Pardubice now have a chance to translate their remarkable year on the pitch to the virtual field, joining the MOL eCup bolstered by an experienced loanee. The team hooked up with Team Entropiq's RIIJK who agreed to represent the club in the FIFA cup competition.

RIIJK's short-term loan for the contest will enable Pardubice to vie for the top positions, boasting one of the most accomplished Czech FIFA players. At the same time, RIIJK will capitalize on Pardubice's direct seed to the first round, which allows him to fade qualifiers.

"We hope to make the semifinals, at least!" Pardubice announced on their official Facebook site, expressing their confidence in RIIJK's abilities. Our player will be expected to carry the team through the bracket and remind the established first division members that FK Pardubice is ready to emerge as a challenger on PlayStation as well as on the regular pitch.

The MOL eCup features 17 football clubs from the first and second division, joined by 15 qualifiers. Team Entropiq's Patrik "Huhnak" Hornák missed out on earning a seed in the 32-player bracket as his qualifying attempts fell short.

The main tournament gets underway tonight with the first matches kicking off at 6 p.m. CET. Selected featured matches will be streamed live on Twitch with Jan"Emerickson" Krupička in the commentary booth.