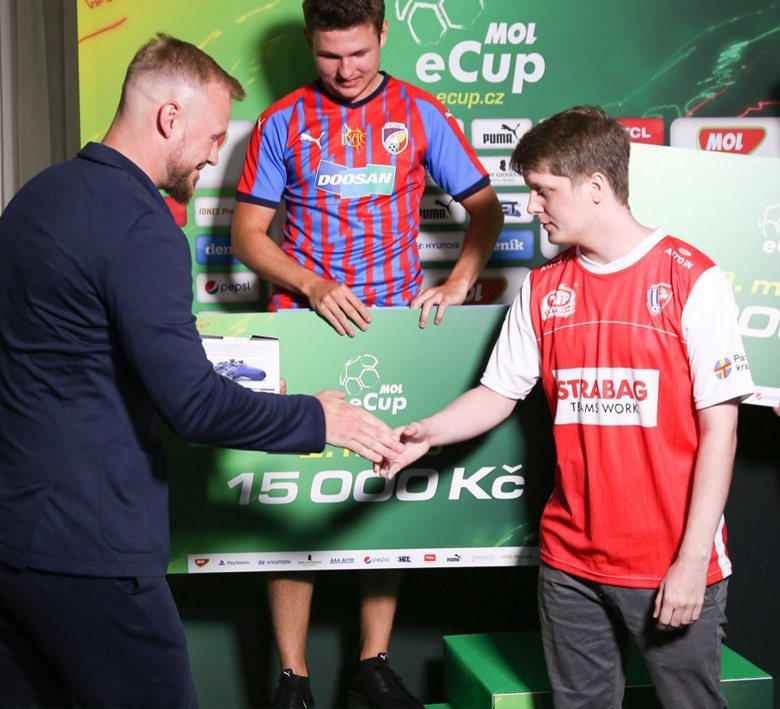 The battle was a relatively close affair, but RIIJK managed to take the first point thanks to a 42nd-minute goal by Dembele, playing for France against Juventus. Both opponents hit the post thereafter, but the score wouldn't change and RIIJK won the opener one-nil.

His path to the finals continued with a similar performance in the second game as RIIJK's Barcelona took the lead 36 minutes into the game. Krtek, who played for Germany, earned his chance to equalize but he failed to convert from the penalty spot with Ter Stegen saving the shot in 87th minute.

"I wasn't the better player in the second game. Krtek deserved extra time, at least. I knew he would kick it down the middle or to one of the sides, so I made a step to the side to cover the right part of the goal and middle area. And the ball hit me," RIIJK said after the semifinals.

With the title and the trophy on the line, RIIJK needed to beat perhaps the toughest opponent in the competition to bring it home. Viktoria Pilsen's Laky has been one of the prominent players in the country.

RIIJK picked France for his opening clash while Laky selected Barcelona. The first clash brought a high-scoring first half with Laky hitting the back of the net twice and RIIJK quickly answering on both occasions.

The 2-2 draw remained unchanged through the rest of the games and the match came down to penalties. RIIJK scored only two of his kicks and Laky scooped the lead with three successful shots.

RIIJK faced a championship point, putting the weight on Barcelona to prevent the final defeat. Laky opted for Man City but RIIJK struck first as Messi hit the top corner around the 15-minute mark.

The Entropiq player controlled possession and territory in the second half, hoping to run the clock down. Laky created a couple of chances but Mahrez missed wide before Ter Stegen denied his second try. RIIJK held onto the clean sheet and forced a third and final game.

It was PSG versus France for the cup as neither of the players could back down anymore. The game brought several massive opportunities, but RIIJK blocked Laky's shot with the ball on its way to the empty net before Neymar missed by inches on the other side of the pitch.

Neymar had another chance to put the game to the bed, with RIIJK hitting the woodwork from a direct free kick in the dying seconds of the regulation. The two heavyweights wouldn't be separated in the extra time and it became inevitable to see the champion emerge from a penalty shootout.

Each player missed their third shot, but they stayed neck and neck all the way to the eighth series where RIIJK scored once again. RIIJK saved Laky's attempt and our player finally broke the tie, claiming the trophy in a breathtaking fashion..

"It was nerve-racking. All games were very close; it came down to one or two chances and luck. I'm happy with the win. I hadn't fared well against Laky in recent faceoffs, so it's even sweeter that it worked out in such an important series," series.

RIIJK, who was loaned to FK Pardubice, won the title for the newly-promoted second division winners to cap off their excellent season with a major achievement in the virtual arena.

The trophy came along with a CZK 40,000 top-prize along with further prizes from the MOL eCup partners.