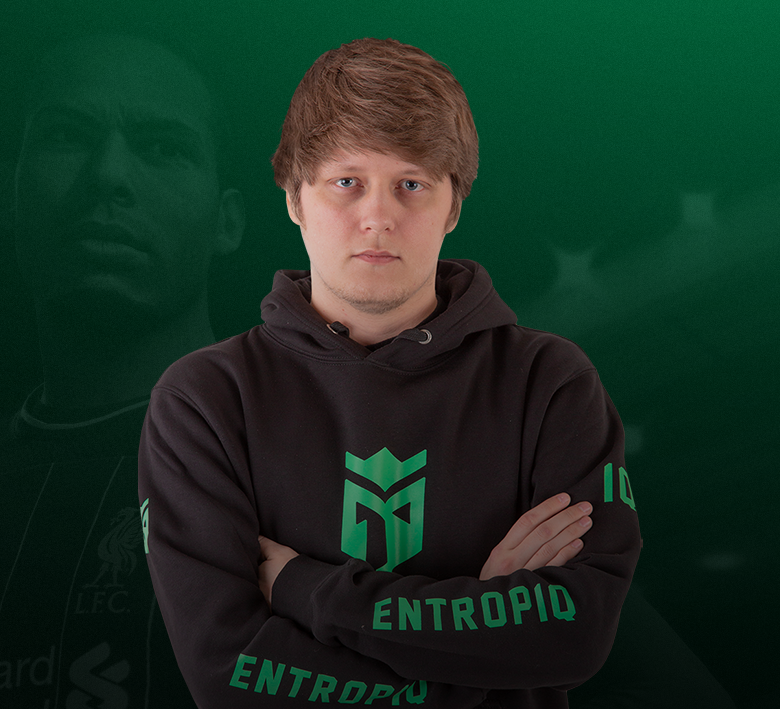 It's been busy days for Team Entropiq's FIFA player Štěpán "RIIJK" Sobocki with three competitions slated within a week: the regular Weekend League, a final qualifier to the FUT Champions Cup (Phase II), and the Wednesday's PlayStation eRepre qualifier.

RIIJK reported a decent 28-2 record in the Weekend League and notched a slot in the eRepre offline finals. The only bumps on his ride came in the European qualifier to the $200,000 guaranteed FUT Champions Cup Bucharest, which left RIIJK eliminated after four matches.

RIIJK talked to us not only about the unsuccessful campaign but also about other things, including the upcoming Slavia v Sparta derby.

One convincing win and three tight losses. What's your view on the recent FCC qualifier. Can you describe the matches a little bit? Were the opponents better, or was it just bad luck? Is there anything you know you could've done better?

First, I needed to get used to the gameplay in the friendlies, and that showed in the first loss. I think it was the easiest opponent, but I wasn't accustomed to the slow tempo, or maybe I just wasn't warmed up yet. I should've won that one.

It was anyone's game for quite a long period, but I managed to score a few goals in the second half, and he quit before the end. It wasn't a lopsided game, but the result was great.

The result against NBD hurts the most. It was a close game with a minimum of chances, and I lost in the penalty shootout. Had I won, I believe the rest of the qualifier would have been completely different.

The last one against Dani...I think the previous match left a mark on me. I knew I couldn't afford to lose and that stuck with me. I was 4-2 up but failed to bring it home. I should've tighten up the defense, but I continued to play with the same formation. Dani equalized and then finished it off in the extra time.

Among the 172 registered players to the Phase II were two fellow Czechs (Laky and Dalas). However, all of you got knocked out early. Dalas and Laky both finished 0-3, you added a win for a 1-3 record. All three of you are the top players on the home soil. Is the European scene that much better? What's the biggest difference?

The absolute elite (Tekkz etc.), they're definitely on a different level. But we can be competitive against the rest. This qualifier featured opponents ⁠— especially the third and fourth ⁠— on my level. It comes down to little details; for instance, NBD won two shootouts and advanced from the Swiss.

Many pieces have to click when you play against someone from the top 100. The differences are tiny. You need luck and you need to be able to close the games out in the penalty shootouts and extra time. Neither of us managed to do that this time.

It had all worked out for me in one of the previous qualifiers when I'd advanced from Swiss, but I ran out of luck in the bracket, a few rounds from advancing. We need to treat it as a valuable lesson, learn from it, and come back stronger.

Messages across social media claimed that some players had troubles with logging in and setting the matches. Did you encounter any of this? Did the servers work fine for you?

I didn't have any connection issues myself, but when such problems occurred elsewhere, we had to wait until those games finished.

But I had similar issues in the latest Weekend League, so I postponed the majority of my matches to Monday.

Can you compare the quality of the FCC qualifiers with the Weekend League in which you regularly deliver strong performances? Is WL way softer?

It's really incomparable. It's completely different. You face weaker opponents in maybe 28 of 30 matches in the Weekend League. You need to beat them and then it all comes down to the remaining two or three matches against the top 100 players.

On the contrary, the qualifiers feature players with a similar skill ⁠— or even better ⁠— in all matches. At least that was the case in the Phase II that we played last weekend.

And finally: What's your prediction for Sunday and the Slavia v Sparta derby?

I expect a very cautious match, maybe with a lot of errors. Both teams have struggled since the break so far. I'm a little afraid that it won't be too exciting to watch, but I believe that we [Slavia] will win one-nil after a set-piece. Who'll score the winner? Kúdela...or rather Tijani, that would be spicy.