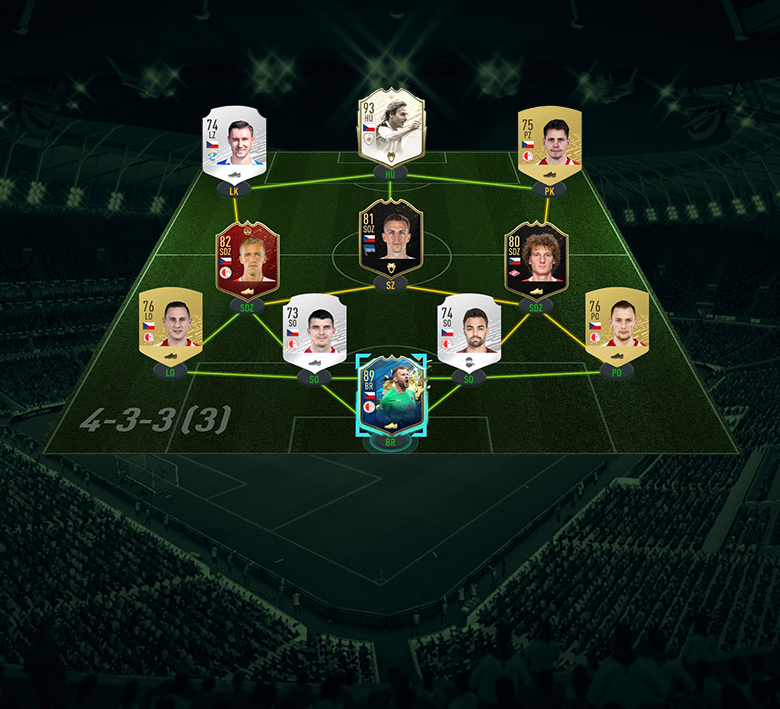 Entropiq player Štěpán "RIIJK" Sobocki lined up an all-Czech team in the last FUT Weekend League round. He emerged with 25 wins.

The FIFA Weekend League has been renowned for its heavily packed lineups, boasting the best players available in the game -- including former legends.

It's only natural to try to get the team loaded with as many of the top-ranked heroes as possible in order to build a dynastic team able to sweep the weekly board. RIIJK has proved he's capable of going unbeaten, but he opted to spice things up recently: by stacking up an all-Czech roster.

While the Czech national team used to boast some of the world's top players, the recent decade saw only a couple of players reach stardom. That meant RIIJJK was put to a real test, having to compete with a significantly weaker lineup than his opponents.

He built the team around the former Ballon d'Or winner Pavel Nedvěd, joined by the members of the current Czech national team.

"I was inspired by Caster and Bony, who completed a similar challenge with Sparta Prague, so I decided to give a shot to the Czech team. I'd already tried that two years ago, posting a 27-13 score," RIIJK said.

The challenge may have been a little easier a couple of months ago before most of the players capitalized on the team-of-the-season premium cards.

"You can't run away from anyone, can't beat them one-on-one. You need to play patiently, passing and passing until you create space. Then Nedved...and goal," RIIJK described how he dealt with the disadvantage.

The strategy seemed to work out just fine with RIIJK kicking off his campaign with a 10-0 victory, embarking on a 14-win run. His streak eventually came to an end, but the 25-5 finish was an impressive result for Entropiq's grinder.

"The second half of the Weekend League is always tougher, so I'm happy with the 25 wins. I didn't know what to expect and hoped for 20 wins," RIIJK revealed.

He also admitted to enjoy the patriotic spirit, scoring goals with the homegrown players, beating the star-studded lineups.

"I was all in on Nedvěd. He was the only player on the team with a great shot," RIIJK praised the chief architect of the 25-win tally.

But it wasn't only about the Juventus legend. RIIJK claimed that his central defensemen did surprisingly well. "Kúdela and Hovorka played as if they were Maldini and Baresi. They were flawless, albeit not too fast," he said.

The experience can come handy for RIIJK who eyes Tuesday's round of last 16 in the MOL eCup. RIIJK represents FK Pardubice in the competition and he'll face off against FK Teplice.