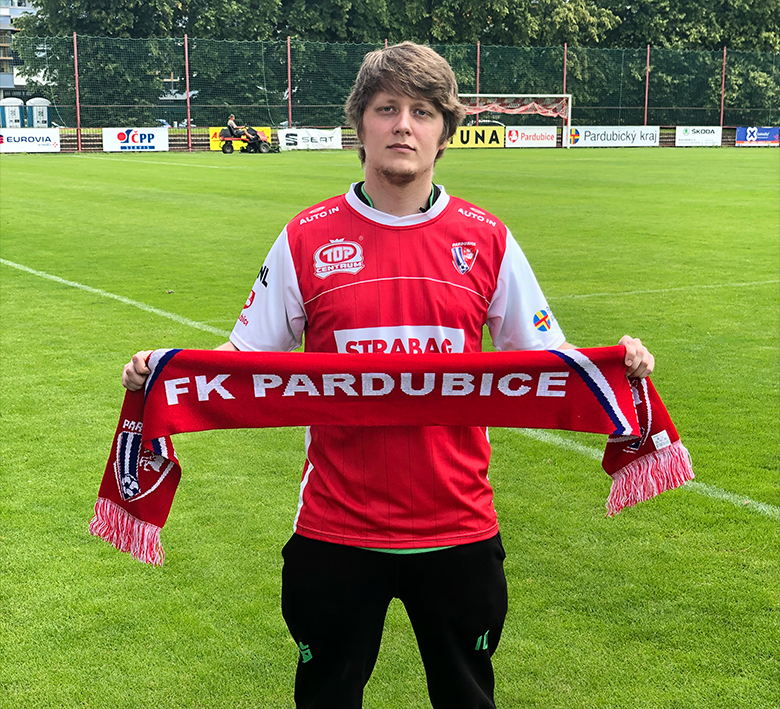 In a breath-taking encounter, Entropiq's Štěpán "RIIJK" Sobocki prevailed in his MOL eCup quarterfinal matchup against Kubajz to send FK Pardubice to the offline final four.

The base has been reached. Loaned to FK Pardubice for the cup competition, RIIJK navigated to the offline final four. That's what the red-and-whites hoped for when they signed the Team Entropiq's elite player for the contest.

But the job is far from done. With the inaugural cup up for grabs -- along with CZK 40,000 for the winner --, RIIJK will surely eye the top prize when the four remaining players meet on July 19 in the offline super finale in Prague.

Our player showed composure in his quarterfinal clash against SG.CptKubajz (FK Neratovice) with the opponent proving to be an emerging force on the scene.

In the opening game, RIIJK picked FC Barcelona while Kubajz put his weight on Liverpool's back. The latter missed a couple of chances in the first half before breaking the deadlock in the 57th minute, courtesy of Firmino's fabulous strike to the top corner.

RIIJK leveled the score with Messi sending the game to overtime, but the first point would go to Kubajz anyway after he punished RIIJK's error in defence to score the golden goal.

Just as in the previous round, RIIJK trailed one-nil and needed to win two following matches to salvage the day. He opted for France while Kubajz switched for Barcelona, and the opening 30 minutes saw Kubajz control possession.

RIIJK, however, faded any damage and eventually struck first not only once but twice with three minutes separating the goals of Ben Yedder and Dembele. Kubajz halved the deficit early into the second half. The next dozens of in-game minutes were rather uneventful but a tiki-taka sequence propelled Kubajz towards a game-tying goal in the 88th minute. But RIIJK immediately fired back, scoring the winner in the injury time to force a third game.

Playing for PSG versus France, RIIJK dominated the first half of the final match, but Kubajz took the lead in the 23rd minute. RIIJK missed several clear-cut chances with Cavani and Neymar repeatedly denied by Lloris, but the pressure eventually paid off and RIIJK equalized just before the halftime whistle.

The second half was cautious from both sides and the tie wouldn't be settled in regulation, leaving the semifinal spot subject to golden goal. Six minutes later, RIIJK broke Kubajz' resistance for good as Cavani ended the drama.

FK Pardubice and RIIJK are headed to the offline super finals, which will see the rest of the bracket play out on Sunday, July 19, in Prague. The action will be available live on theMOL eCup Twitch channel.

More details about the competition can be found on the cup's official website.