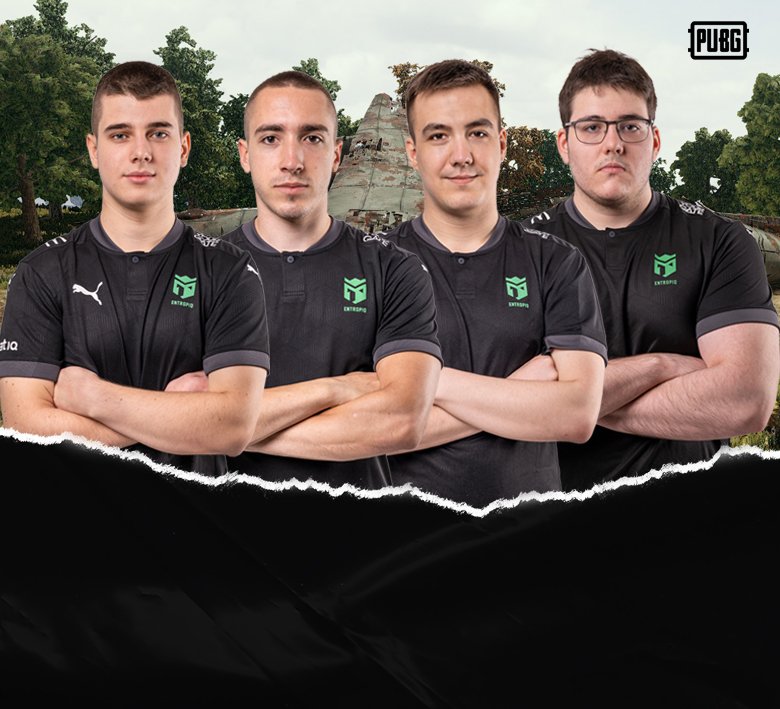 Venue Dubai. A total of 32 of the world's best teams, a base prize pool of $2,000,000 and a total of 20 days of top PUBG action. Entropiq will not be missing out on this year's PUBG Global Championship.

The Entropiq foursome of Naylup, Qbe, Lukarux, and ivas secured their participation in this year's PGC thanks to their excellent results in G-LOOT Season 5 and 6 and, most importantly, their victory in the European PUBG Continental Series 6.

From this point of view, our players didn't have to worry too much about failing to qualify for the final pro tournament (PCS7) before the World Championship.

"At the beginning, there was no indication that we would not qualify for PCS7. We had a good preparation, good scrims, we picked up where we left off in July's G-LOOT, but it was an absolute collapse," commented PUBG Section Manager Šimon Hradečný on the failed qualification.

"We're a team that builds its game on winning every duel, and when you're suddenly unable to kill even one opponent, it goes to your head. We lost our confidence and didn't find it by the end of the qualifiers."

PCS6 Europe champions @Entropiqteam missed out on #PCS7 Europe Grand Finals qualification but their PUBG Esports journey continues as they keep their eyes on the prize at PGC 2022- and a shot at redemption 💥 @Qbettinhos @lukarux @ivas10PUBG @NaylupGG pic.twitter.com/FXesu2GNvM

"The guys were very unhappy with themselves, we did a review, discussed what was wrong and why and what we need to work on. We still have plenty of time to train properly before the start of the championship so that we enter the PGC in the most ideal shape possible and the PCS7 qualifiers are not repeated," he concludes.

The PUBG Global Championship kicks off in Dubai on 1 November. The two million prize pool will be further increased by PUBG players themselves, who can purchase PGC 2022 items in-game, and 30% of each purchase will go towards the PGC prize pool!