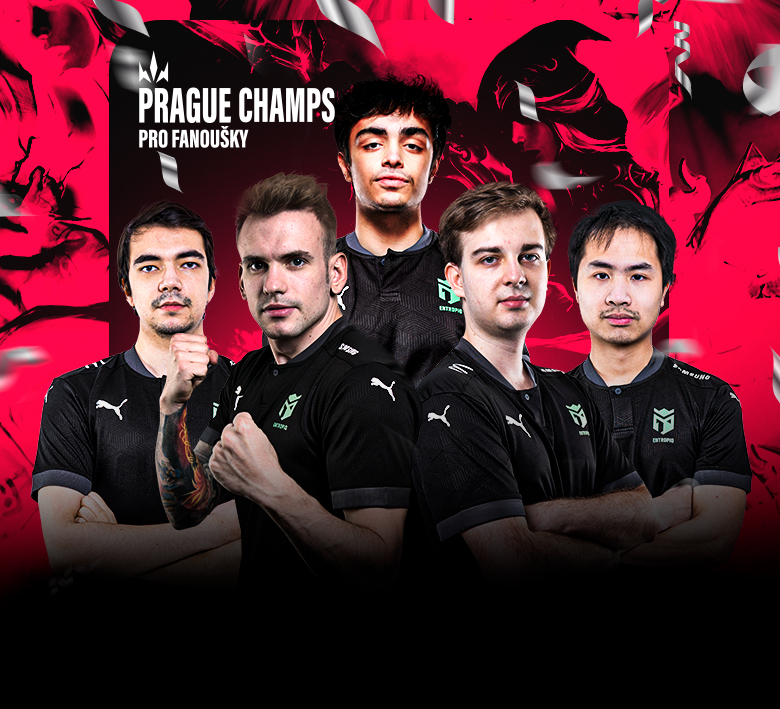 Entropiq have been dominating the czech League of Legends scene. After Hitpoint Masters triumph, our guys also dominated the prestigious Prague Champs.

On the third weekend of June, the four best Czech teams - Entropiq, eSuba, Sinners and Dynamo Eclot - competed in front of thousands of LoL-hungry fans at the O2 Universum. They performed on the biggest stage in the history of Czech esports!

On a 22 m wide and 5 m high stage with unique moving LED screens, Denyk, Khantos, Eren, Robocop and Rames (who was only online due to visa issues) first faced eSuba in the semi-finals, who they defeated 3-1 in the BO5 series.

Sunday's final against Dynamo Eclot was again played better by our fighters, but Eclot managed to tie the game at 1-1. The black and greens ruled the rest of the game though.

"The King reigns supreme, Entropiq win Prague Champs!" sounded through the O2 Universum at the end of the fourth match. A large crowd of fans drove EIQ to another domestic title and a prize of 100,000 CZK.

"I had a great time playing in front of the fans," commented Eren, the MVP of the final match. "I heard them on every play. This is what I live for, I enjoyed it so much."

In the final show match, the winners of the Prague Champs faced the toughest of opponents - French Team GO (former Gamers Origin), representatives of one of Europe's strongest leagues, LFC.

"The series against Eclot was long, but we are ready," Eren anticipated.

But Team GO showed their strength. Entropiq managed to win just a single map, and they lost 1-3, a result that was almost the norm throughout the weekend.

Maybe fatigue played its role, maybe a slight loss of motivation after winning the final, but GO showed that they definitely didn't come to Prague just for a holiday. Before the next EU Masters we will still have to practice, the European scene is still a level ahead of ours.