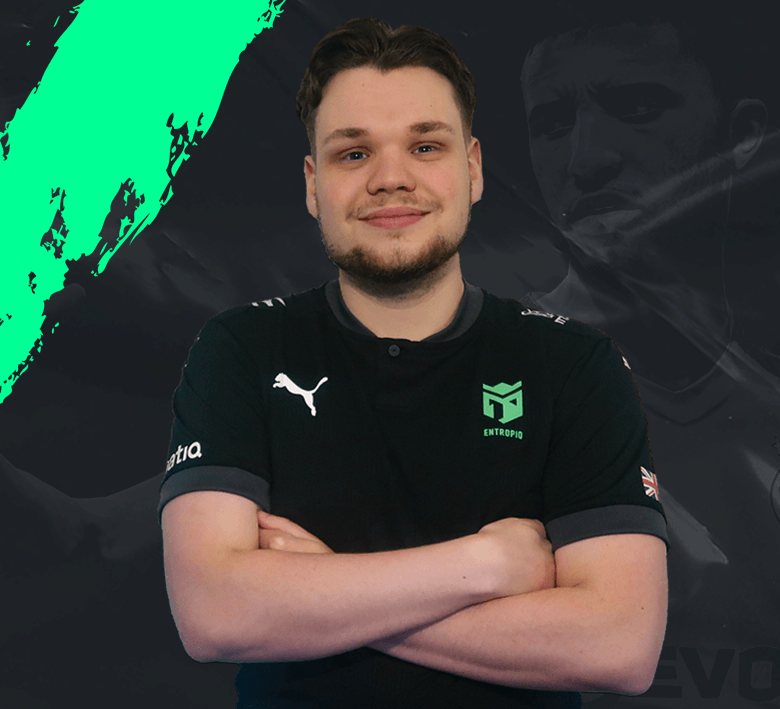 From United Kingdom, Owen "Venny" Venn joined Entropiq to represent the team in FIFA. Venn is an experienced pro whose pedigree includes a spell in the ePremier League. Find out more about our international signing as we talked to Venny about his gaming background, practicing habits, and plans to build a strong community.

Welcome to Entropiq. Please give us a brief introduction of yourself.

My name is Owen Venn, better known as ‘Venny’ in the gaming scene, and I am a professional FIFA player for Entropiq. Adding on to that, I am 23 years old and I am from Oxford, England.

What's your gaming background? Have sports games -- and FIFA especially -- alwayed attracted you or did you start with other games?

So I have gamed since I was little, stemming back to the old gameboy. But as time went on, I progressed to the Console and as football is such a huge sport, it was easy to go straight for FIFA, so I have played FIFA since FIFA 05. I have played many other games but I would say the main two what stand out for me are FIFA and COD. COD was actually the first time I was introduced to the competitive gaming and from that I found out about esports and competitive FIFA.

When did you start taking esports seriously?

I started to take FIFA seriously and try go full time with it back in January 2018, so I have only been doing this for three years, but for me that was a big change in my life at the time. I was at University, trying to get a degree, but I wasn’t enjoy my time there and I felt something in me to try go pro. It was a very risky move but looking back now, it’s been one of the best moves I could ever do for my life.

Tell us about your esports accomplishments. Which do you value the most?

For me, I would say I have a few accomplishments that I am proud of when looking back at my career so far. One, I would say, was getting my first professional contract because, as I mentioned earlier, it was a big risk for me to leave uni. And to see myself get rewarded was a great feeling.

Number two I would say the Gfinity elite series when my teammate and I finished in second place. That was the first time I felt I hit the zone whilst being at the event. And we sadly lost at the final hurdle, but it was a great feeling to do that with my teammate and also win a nice bit of cash.

Third, I would say the first year of the ePremier League. Even though I was super unfortunate to not get to the finals due to disconnections and unlucky moments in the game, it was another tournament I can look back at and know that I played well. Ultimately, I went out in the top four, but it was a nice feeling to represent a Premier League football club after watching it for so many years, and also put in a good performance.

And finally, I would say signing for Southampton FC for the FIFA 20 competitive season. That was a moment I am proud of. Having watched football for so many years as a kid and to represent them in something I love doing was a great feeling. It was also a good way to expose to the people around me what I really do and what it’s becoming.

What do you think of FIFA21? Can you compare it with the previous editions?

FIFA 21? It has its faults, it has its good things. But I try to keep positive, no matter how bad or good the game is. I would say it lies under the bad category of games but that’s how it is sometimes.

How many hours per day do you practice?

I would say this varies, depending on how I am feeling. When the game first comes out, I’m doing 12+ hours minimum on the game and the previous year, I would keep up doing 12 hours every day. But this year I am experimenting with how much I practice and how I am practicing. So right now I’m looking at 4-5 hours a day, maybe less. But I am constantly working on it even if I am not playing the game directly.

What does your practice entail? Do you focus only on playing or do you study tactics and opponents as well?

Practice, as I said previously, used to be play, play, play nonstop. And yeah, I probably improved but something I am noticing is that I need to look after my body more and try to understand it better So, for example, I look back at the time when I was just playing and I think, 'Did I learn anything?' And I might have, but it wasn't effective practice. Now I play short stints and when I practice, I am trying to focus on specific things and analyze them while playing. If I tried to do that for 12+ hours, it wouldn’t work the same way as 3-5 hours a day. Studying the game is a major thing I do. If I’m not playing, I’m probably watching my own gameplay or someone else's to try to pick up some things. I would say that totals to maybe 2-3 hours a day. So, in total, I’m still doing 6-8 hours a day but there's now a purpose how to do the training.

What are your main goals for this season, both short- and long-term? To be the #1-ranked player in the world?

The main goal always is to win and to try be the best. If you're not trying to work towards that, there’s no point in trying in my opinion. Short- and long-term goals are things such as building an audience on my socials -- YouTube, Facebook, Instagram, and Twitter -- as I want to start building a community who I can interact with on a daily basis. Other goal during the year is to reach playoffs because this year, if you make playoffs, you have a chance to make the World Cup, which is the biggest tournament of the year.

What is your favorite football team?

When people ask me this question I always say Chelsea because as a child that’s who I supported and followed. But as time has gone on, I wouldn’t say I am as die hard as I once was. I just enjoy watching football in general now. I do try to catch as many Chelsea games as possible but, as I said, I’m not as committed as before.

Have you ever played football for any team? Or just for fun?

I played for my local team but nothing serious. It was more for fun I guess, but I don’t play anymore as our weekends are usually the busiest days. And I suffered a serious injury while playing football, I fractured my leg. So I don’t have that drive to go and play anymore as I don’t want to suffer an injury like that again.

I’ll be honest, the only one I know is Slavia Prague. There might be a couple of more teams that if I saw their badge or name, I would be like, 'Yeah, I know them,' but I would say Slavia Prague is the only one that stands out to me.