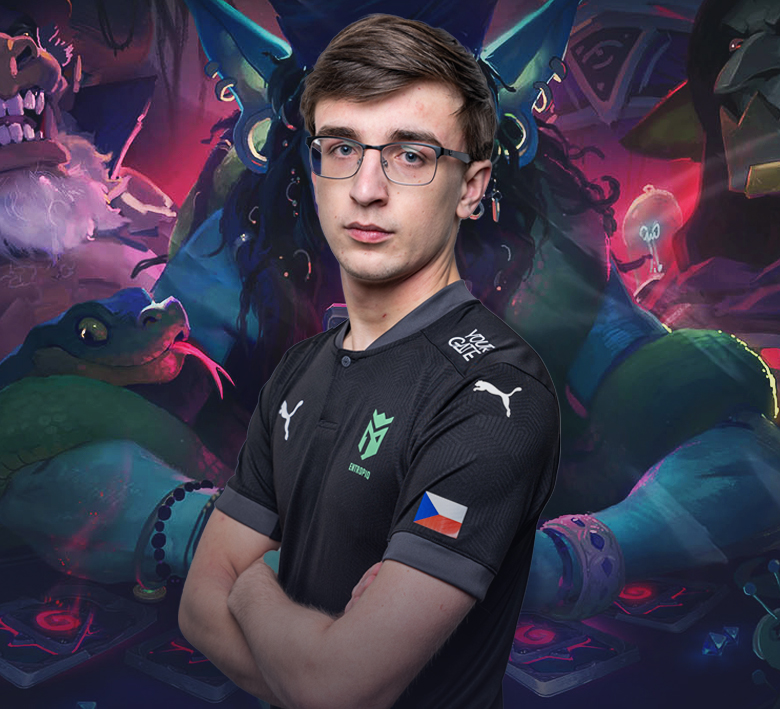 Entropiq will once again have a full roster on Masters Tour. Faeli and Jobsad will be completed by Petr “En1gma” Balcar, who had to again work hard in qualification tournaments to Orgrimmar.

The road to the second Masters Tour of this year, which takes place during 30 April to 2 May in the capitol of all Orcs Orgrimmar, wasn’t once again easy at all for En1gma, because he had to fightthe qualifications until the very last week.

Qualification key was classic, win one of 120 qualification tournaments, or get to TOP8 at four of them. En1gma added the fourth TOP8 in the tournament number 95. He had to play 46 tournaments in total, seven times got to TOP16 and four times to the best eight.

“I was enjoying the qualification even though I’ve played more than I wanted to, butI didn’t mind at all,” says with a smile. He needed to go similar path to the previous MT Ironforge. But in both cases discipline, skill and determination brought the desired fruit.

“Compared to MT Ironforge qualification it was a bit different this time. Qualifications were scheduled over more weeks, so there were less tournaments in a single week, which suited me more and I wouldn’t miss that many while sleeping,” Petr describes the critical difference. Second thing was two weeks prior released Forged in the Barrens expansion. And it helped me as well.

“I like the new meta a lot, maybe except the random Mage, but after some nerfs it could be awesome,” En1gma explains.

“I mainly appreciate at least some changes, because the old meta started to be boring. I even have a 66% win rate from 120 games on the ladder and qualifications. Just Paladin on its own got 18-2 one weekend, which is absolutely crazy. I haven’t played a deck that good for along time,” he finishes.

Polishing an ideal lineup to Masters Tour will be the main topic for following days. Faeli and Jobsad secured their spots thanks to a great performance at MT Ironforge, En1gma completed them from the qualification and Entropiq team will have a complete trio at the second Majorof this year. Good Luck!