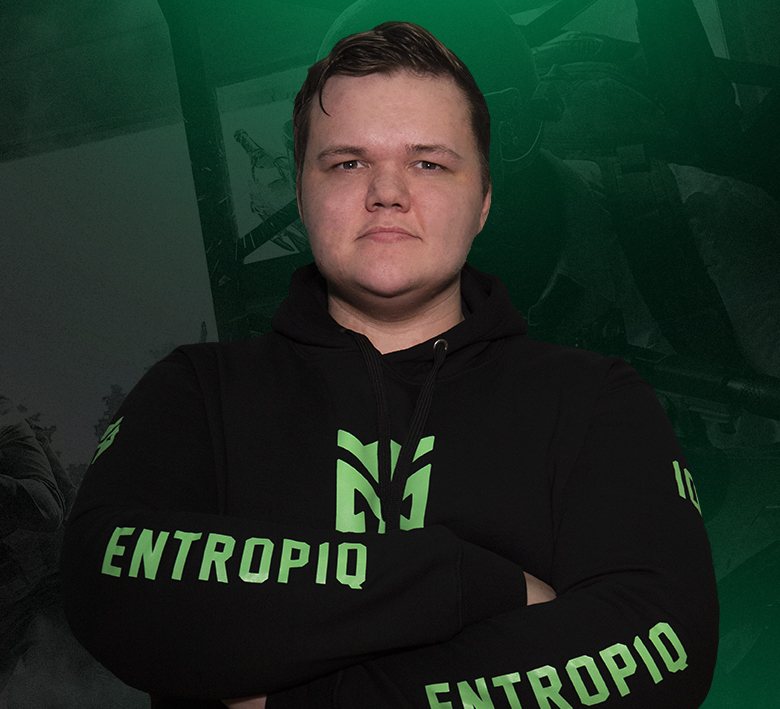 Entropiq fans have already noticed that our PUBG team has seen a change in the lineup with Luboš "Kejdoran" Mráček being replaced by Matěj "Nowikk" Krmela.

But the new face on the roster had to pass the test during a tryout. Nowikk has proved a great fit, having competed against some of the world's best teams. Now it's official. Entropiq welcomes Nowikk as a permanent member of our squad.

Meanwhile, Kejdoran isn't leaving our team. While his schedule wouldn't allow him to dedicate maximum focus on playing PUBG, he's still an incredibly valuable asset to our organization. His role has shifted towards scouting and analyzing Valorant.

Now, let's return to Nowikk. Considered one of the rising stars on the PUBG scene, Nowikk has been ranked #4 among Czech and Slovak PUBG players by Playzone. Having showcased his abilities at 2019 Czech National Championships, Nowikk has already demonstrated his tremendous potential. And he's been taking the game seriously only in the last two years.

"I used to play League of Legends recreationally. And CS:GO. A friend brought me to PUBG, and I got hooked immediately. We put together a first competitive team, which was about a year and a half ago," Nowikk described his first steps in gaming.

"I've learned a lot from Washout in eSuba. He is the only international player who I've been on a team with so far. We were on the same page, and his experience from major tournaments helped me improve my game," Nowikk said.

Nowikk now splits time between esports and studies. A professional gaming career has been his dream, and he's been turning it into reality. His start in the black-and-green colors couldn't be much better.

"The first few weeks have been very positive. We've been running well in the European qualifiers and reached the top 24 in DreamHack. We've met some stellar opponents on the way, so I think it's been a huge success."

"On the other hand, we should be doing better on the domestic scene. It's mostly because the game is played very differently than at international events. But it's important to keep amassing points to qualify to the Czech Championships, which shouldn't be a problem. I believe we are able to prepare and motivate for big events, such as the Playzone Challenge and National Championships,  and hopefully take them down," Nowikk added.

It's been Entropiq's vision to dominate the domestic scene and start gaining international recognition in every game, including PUBG.

"I think we all have very similar goals here. We want to rise together and join the world's elite, the ranks of FaZe Clan, NaVi, and Team Liquid," Nowikk revealed.