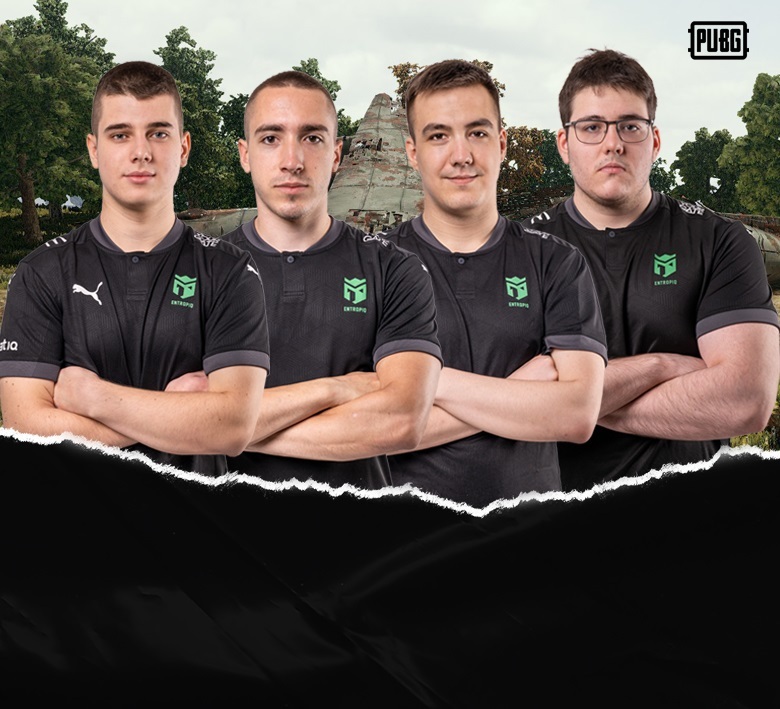 Czechs love the sea. Beautiful beaches, delicious food, clear waters. And it is in the Adriatic waters that Entropiq have been fishing for its new PUBG roster.

And it is the Croatian-Serbian foursome Redline, currently one of the best European teams, who will change into the black and green colours.

"We want to continue to support the PUBG game title. We are thrilled to have been given the opportunity to sign the best free team in Europe and, in a situation where it was no longer possible to keep our former team together, we agreed relatively quickly on the terms of cooperation with Redline," says Entropiq CEO Daniel Kloud.

As Redline, this quartet scored third place in June's PUBG Continental Series 4: Europe, among others. Not only did they pick up a hefty $25,000 bonus, but they also picked up 215 points on the PGC leaderboard, where they hold the sixth seed for the 2021 PUBG Global Championship.

The roster around in-game leader Lukarux put in a great consistent performance in PCS 4 against the toughest European competition. Players believe they can do even better thanks to the collaboration with experienced coach Tom "PistolaTime" Banel.

The players have already completed their first Prague boot camp, which focused mainly on teambuilding, marketing activities and getting to know the new organization. They are already excited to jump out of the plane for the first time under their new name.

The first tournament in Entropiq's black and green colours will be the upcoming PCS5 Regional Playoffs on 20-22 August. It will not only be about interesting cash prizes, but also next important PGC points. Only the top three teams from the EU West region will push through to the main PCS5 tournament.

Good Luck! We are looking forward to it!