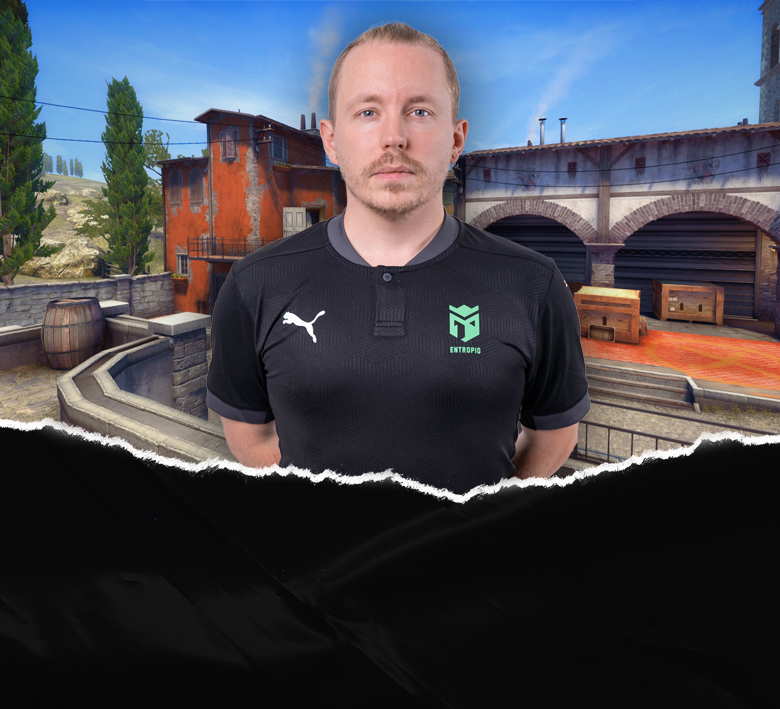 Dane Allan "Rejin" Petersen is the newest addition of Entropiq's CS:GO section. You might remember former international Tier 1 coach from his mission in mousesports. He's going to act as an analyst in black and green colours.

He's going to work mainly with team Entropiq Prague. After discussed roster change, when kwertzz replaced capsen, might the Danish be the important piece, which will pull the Czech squad up.

"We moved to the Czech Republic when I was in mousesports. My wife's family is from here and it made sense because of my constant travelling."

"Then the ban happened and I didn't know what to do," he says.

"I chose to look for an analyst position. Entropiq contacted me shortly after my tweet. I had a few other offers from very interesting organisations, but I'm expecting a son in November, so it made sense to stay in CZ."

It wasn't the only reason to choose the Czech organisation though.

"It was mainly Entropiq's professionalism that I saw right after my first meeting. I was impressed. I hadn't expected anything like it, because I knew almost nothing about Entropiq before that."

"Once I met the players and the management, my decision was easy."

Neither is the language barrier an issue. Entropiq Prague speak their native language during matches.

"CC:GO is a game about communication. I was a little bit worried, but my wife is Czech and she speaks Czech all the time at home, so it wasn't a big issue for me. I don't understand everything in Czech, but I can comprehend what people talk about," he adds.

Eventhough he was a great coach, he's going to act as an analyst in Entropiq. He's forbidden to coach because of a two-year ESIC ban.

"I was hired as an analyst, not as a coach. That's important do distinguish, because I won't be able to help the guys in officials. I'll help them with analysing their game, opponents and of course in training as best as I can.

"Ban limits my possibilities of what I can and can't do of course and to help them even more. But I have to accept the situation. I made a mistake and I'm paying for it," he comments on his two-year ban because of coaching bug. The ban ends in May next year.

The players themselves are more than happy with Rejin's work. With Kwertzz and Danish analyst also a change of gameplay came. Results will be visible in time. Are we going to see a major progress during the Czech Championship?