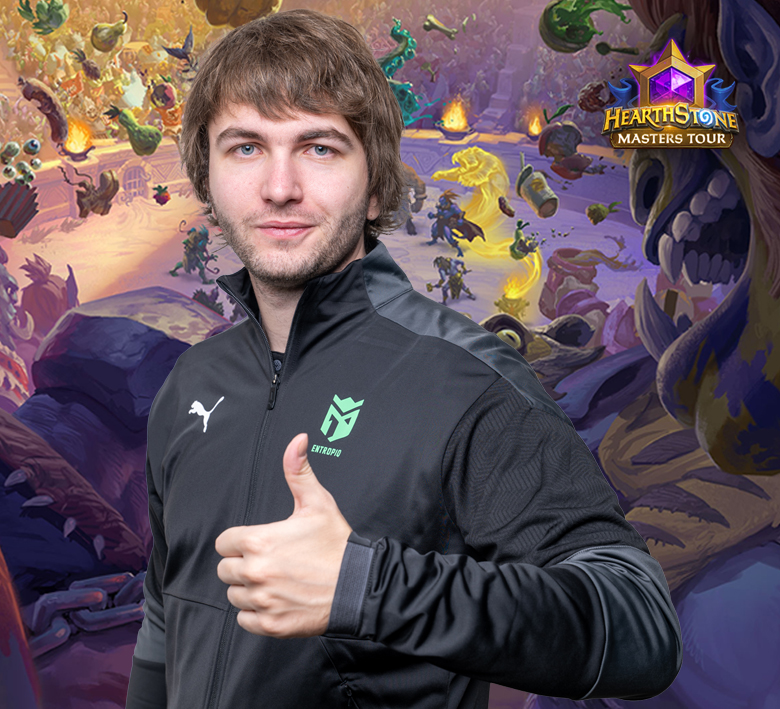 Masters Tour Silvermoon finished after two days for Entropiq players. pro hráče Entropiq po dvou základních hracích dnech. En1gma failed to get to TOP200, on the other hand, Faeli was close to advancing to playoff.

Before the final eight rounds of the Swiss section, Oldřich "Faeli" Mahdal was still at 5:2. With a good tiebreaker, he was well on his way to the Top 16 and thus to Sunday's playoff. All he had to do was to defeat the only domestic grandmaster Jarla in the last round in the Czech derby and hope that Faeli's previous opponents would also do good and thus hold the important tiebreaker for him.

Faeli eventually edged Jarla 3-2 in a dramatic series, but his previous opponents didn't help. Most of them lost in the final rounds, the tiebreaker fell through, and because only the top two of 44 players with a final score of 6-2 squeezed into the top 16, Faeli finished Silvermoon on 21st place, valued at $1,500.

Entropiq's other representative in the game, Petr "En1gma" Balcar, did not experience his best Hearthstone days during Silvermoon. With an even 4-4 score and a very bad tiebreaker, he finished the fourth Masters Tour event of the year on 223rd place out of 403 entrants. Mincash of $500 was on the line for the top 200 only.

But Czech Hearthstone is experiencing the most successful Masters Tour in its history so far. For the first time ever, a Czech player will make the final playoff. And it won't just be one of our own. Matyáš "Matty" Kalužný and Štěpán "Norwis" Šimek will be competing for very interesting prize money today. GL gentlemen, fingers crossed!

How did the Entropiq players see their performance at the Masters Tour Silvermoon day by day?

Firstday of Masters Tour Silvermoon was a ride. I'll start with something positive - first two series required a 100% A game from my side, and I managed to win truly unbelievable situations.

Starting #MastersTourSilvermoon with a 3-0 series.

13 🇨🇿🇸🇰 players this time, will post our results by the end of each day. GL ALL 🍀 pic.twitter.com/BN0IqmE7ZU

On the other hand I have to admint, that I could have probably won even the last series, but because a small setback I lost the first game - after an unlucky 50/50 discard I got carried away and had to rethink my round. But almost 10 seconds of thinking cost me the round.

I still managed to make it to game 5, where I was 1 damage short of winning (see Twitter) after a series of very unfortunate topdecks. It was not enough to beat possibly the best player in the tournament (definitely top5 for me). But in the end I'm happy with the result, the meta is just like that and I can at least say with a clear conscience that I make significantly less mistakes compared to my opponents. Not to play at least 3-1 again the next day would be disappointing.

3-1 in matches after day 1 of #MastersTourSilvermoon

Lets see if I can at least repeat this score tomorrow 🙏

The second day started very unluckily for me, because I was betrayed by a graphical bug and I didn't make the optimal play in that round and that probably decided the whole series.

Losing game 1 because an invisible divine shield on a minion then my mage goes 0-3.

I know it is also my fault but I have seen this happen like once before and well... 😩

The rest of Saturday I won everything and it looked bright for the TOP 16 before the last round.

My previous oppoinents let me down though and ruined my super strong tiebreaker.

I'd say, that nobody played perfectly this MT. Every game was interesting and challenging, but our lineup was really good I believe.

If the meta stays similar, I see our chances pretty high.

Unfortunately the first series I made a risky decision under time pressure and got punished for it. The next three series I was very happy with the way I played and also how I handled the game one loss.

The third game I lost two favourable matchups - one due to one tech card from my opponent, the other due to a horribly unlucky flurry that meant my opponent could kill me the next round. I may not be able to make the TOP 16 anymore, but I'll still try to at least go 6-2 and get some nice prizemoney and six points towards promotion to GM.

I finished the Masters Tour with a 4-4 record, and while I'm not happy with the result, I'm happy with how I played overall.

Except perhaps for an error in the very first game (see Day 1) that cost me the series, I played the tournament nicely and even after reviewing my games I could find few errors. The lineup was fairly solid except for Mage, who tanked a few games.

Ended up with 4-4 score this MT, but kinda happy with how I played.
However TWO czech players made top 16! Congrats and good luck to @Norwis135 and @DNE_Matty! https://t.co/HsTSCds2G1