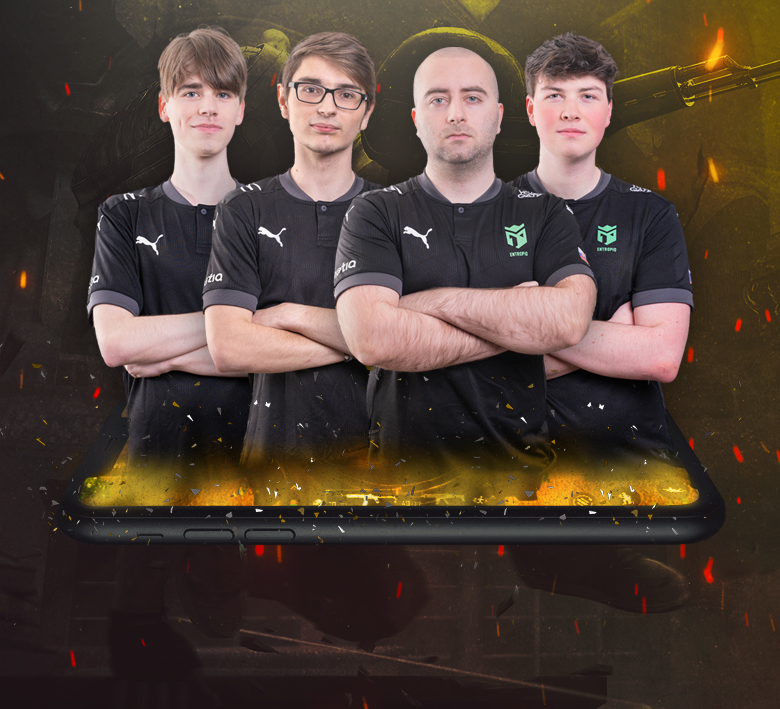 Július “Dael” Gojdič, Martin "Moony" Hubený, Lukáš "Sans" Holub and Roland “BackFire” are the newest quartet, that will represent black and green Entropiq colours on the international and domestic soil. Last but not least is the manager Josef “Sensi” Drška.

PUBG Mobile is obviously mobile version of popular Playerunknown’s Battlegrounds. Mobile version was released in February 2018 and immediately became one of the most played games. In 2018 it became the second most downloaded game in the world and it was just a matter of time before developers prepare the real esport foundations. After previous years players can now enjoy events with huge total prize pool of $14.000.000.

Dael, Moony, Sand and BackFire belong to the most experienced and successful players on the CZSK scene.

“All of us, except of BackFire, play PUBG Mobile since its release. We begin to form the team with Dael in November 2019 by the name Team Warlords,” describes the beginning current manager Sensi, who used to an active player just recently.

“Right in the January 2020 came our first PUBG Mobile Club Open (PMCO), when Sand joined us for the qualification and then in March also BackFire. Last piece of our roster was Moony on November last year, but we knew each other long time,” finishes.

First achievements, be it under the tag Team Warlords or few months under Inside Games, elevated this PUBGm quartet to the top of CZSK scene.
“We were the first and only domestic team to play European PMCO. We won the first and the second CZSK league organised by Playzone,” comments Sensi, who doesn’t ease of from the demand on players.

“Our main goal for upcoming weeks and months is to succeed in the spring PMCO and to qualify to the new PUBG Mobile PRO League (PMPL), which should have a spot for 3-5 teams from our region. We’ll know more soon. We want to dominate the domestic scene and qualify to most official PUBGm tournaments.”

This affects the training plan, that will get more intense with the upcoming PMCO.

“After exhausting last year, we reduced our training to prevent the guys from burning out. We have team practice six times a week for about 2,5 hours. Every player also trains individually. We also stream some of our training sessions,” adds Sensi.

Year 2021 will be groundbreaking for PUBG Mobile and Entropiq won’t miss it!