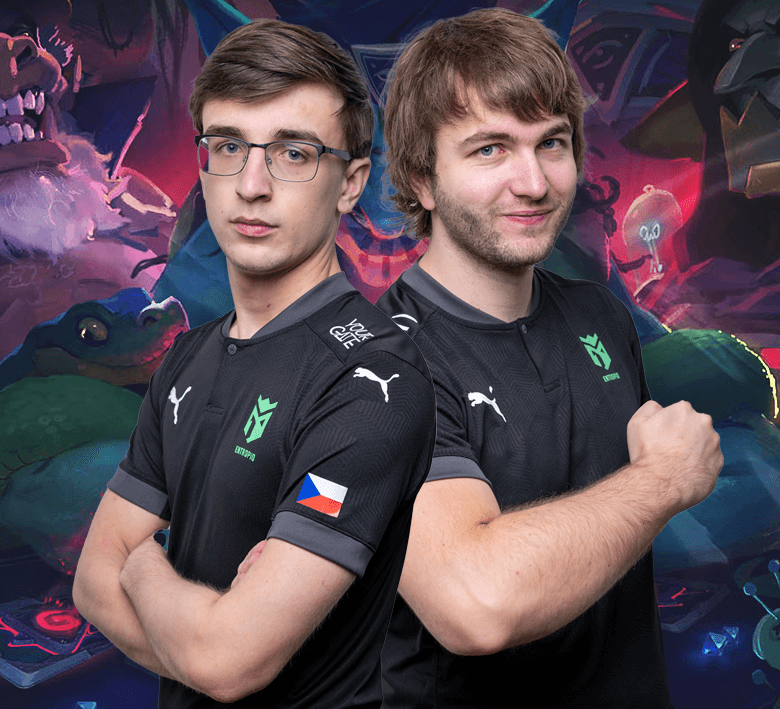 New Hearthstone season has kind of a slow start. Blizzard hasn’t released any information about Masters Tour yet and the Czech scene is just waking up from a hangover. Europe can still benefit from an attractive event with the best players involved thanks to the French MAX Team.

MAX Open Cup #6 is a long-term event. First seven weeks are played in a swiss-system. TOP16 players then meet in a playoff. All matches are played as BO5 Last Hero Standing.

Tournament is only for subscribers of Hearthstone MAX TV on Twitch. At the end 104 players from 18 countries take part.

En1gma and Faeli can’t miss this one for Entropiq. Besides them several grandmasters and recently the most successful Czech Hearthstone player Jaromír “Jarla” Vyskočil take part as well.

Except for the European Hearthstone community recognition players will battle for €500 prize pool.

Faeli met Spaniard Enterra in the first playing week, while En1gma had it way more complicated against Swede Orange, who regularly attends Masters Tour and has won almost $300.000 since 2015! While Faeli won convincingly, En1gma had to settle for 2:3 lose.

What does Faeli say about the match?

First of all, I have to say that I’m glad that at least some tournament is taking place again. For the first round I decided to pick a deck, which you can basically see just on my stream (tempo Highlander Mage), added two top meta decks (Evolve Shaman, Enrage Warrior) and of course my actual ace in my sleeve Broom Paladin.
Spaniard was admiring and looking forward to my Mage, but it became fatal for him, because it defeated all of his decks.

What does En1gma say about the match?

I picked correctly the first matchup against Orange, but after I missed lethal in the second game, it all went south. I managed to equalize the series to 2:2 and have Paladin vs Shaman in the last game, but Orange got probably the best hand he could and I lost the whole series.
Hopefully I get better until the next week and turn the bad start.