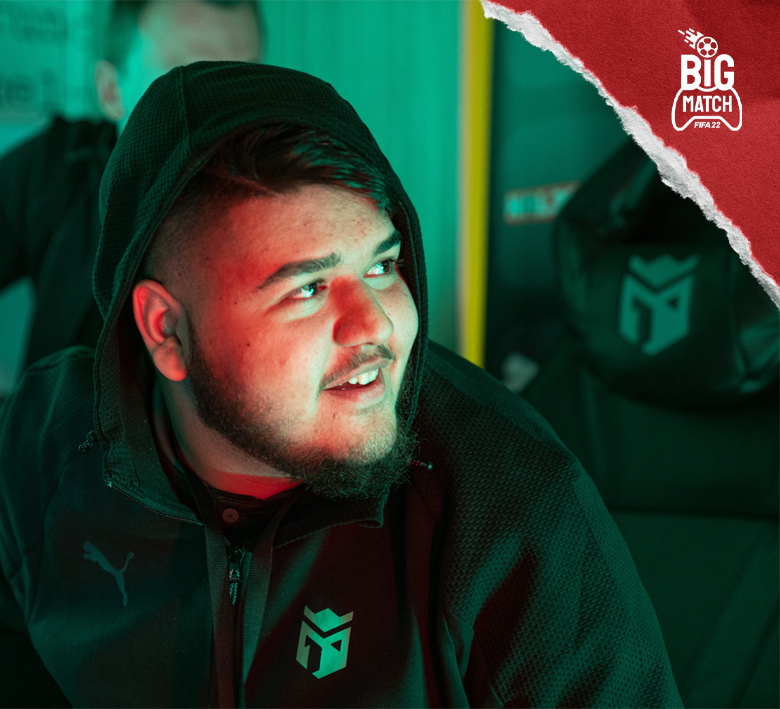 First November Saturday belonged to FIFA 22. Entropiq and McDonald's Czech Republic hosted a Big Match tournament for $2,500 and other prizes.

On Saturday, 16 November, players (ten online qualifiers and six invitees) gathered at the McDonald's restaurant in Vodičkova Street in Prague to compete in the preliminary groups in the popular FIFA Ultimate Team game mode, with the subsequent Top 8 advancing to the playoffs.

Matejs and Koby met in the final. The latter was the luckier one, taking home a $1,500 bonus for the overall victory.

There was a rich program throughout the day for the fans with signing session and a lot of familiar faces to meet.

The stream on twitch.tv/entropiqteam was hosted by Jakub Kotek, The Hateris and the winner of the first series of Like House reality show Jenis.

Entropiq thanks all the partners for their support, Diablo Chairs company for a perfect gaming experience and we're looking forward to meet you at another events!

How did the silver Matejs Dunka see the Big Match?

It was the first time I ever played fifa in McDonald's, probably like most of us. It was a bit unusual at first, but a lot of people I knew came, the atmosphere was great and I enjoyed it a lot. Great action. Thanks to Entropiq and all the partners.

FIFA 22 is not a good fit for me yet. Compared to the previous edition, it's very slow. 21 was more about the tackles, which I dominated, here I'm not so good, but I'm trying to learn, I'm seeing progress and I think I'm slowly getting there.

Maybe that's why I didn't have much confidence before the tournament, but once I got out of the group I knew I had to :-)

I lost my first match in the group, but after that I was fine. In the quarterfinals against Emericson it was decided by penalties. It's a lottery, but I think I got into his head and hit most of the penalties. A little bit of luck, I'm sure.

The semifinal with Drmi was a close game. I broke through with a goal and took it from there.

The final with Kobby was decided by his two quick goal. I was able to cut the lead, but Kobby bounced back and that was it. In both games, which were always BO2, I outshot him, maybe 8-2 in the other one, I hit like two posts, but it just didn't work out. I'll take second place.