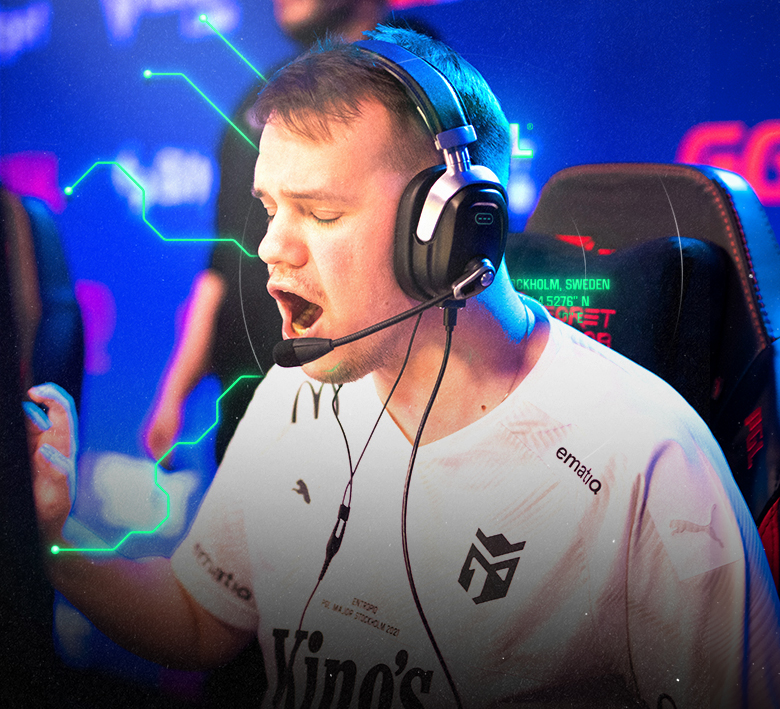 Entropiq players continue their great performance at PGL Major Stockholm. After beating Team Liquid and Gambit Esports, our boys are a single win away from the playoffs.

New Legends Stage started on Saturday in Sweden's capital. The best 16 teams remain in the game for a prestigious title in the biggest CS:GO tournament of the year, including Entropiq.

In the first round of the Legends Stage, the black and greens faced Team Liquid. The game was played as a BO1 on Vertigo.

The Americans were the favourites, but Entropiq decisively rejected the paper assumptions and scored a clear 16-9 win. Viktor "Lack1" Boldyrev was the driving force for EIQ, but the rest of the team played great as well.

In the second game on Saturday, the players around coach hooch faced Gambit in a battle of teams with a 1-0 record. Vertigo played again.

While the first half belonged to the opponent, the second half was a different story. Entropiq turn the match around from 6-9 with ten straight clean rounds to 16-9 and recorded an important second win!

Vladislav "Krad" Kravchenko proved his quality with an HLTV rating of 1.59! His opponent was the above average Dmitry "sh1ro" Sokolov, but he couldn't stop the Entropiq's train from rolling by himself

Our players need only a single win to advance to the playoffs. Are they going to get today at 13:30 CET against G2? Support us on the stream! Entropiq hype!

Alright, we play @G2esports tomorrow for a Champions Stage spot!

Let's have a proper sleep for that, ok?

Thank you all for your amazing support today and good night!#PGLMajor pic.twitter.com/FosGJTSNyl