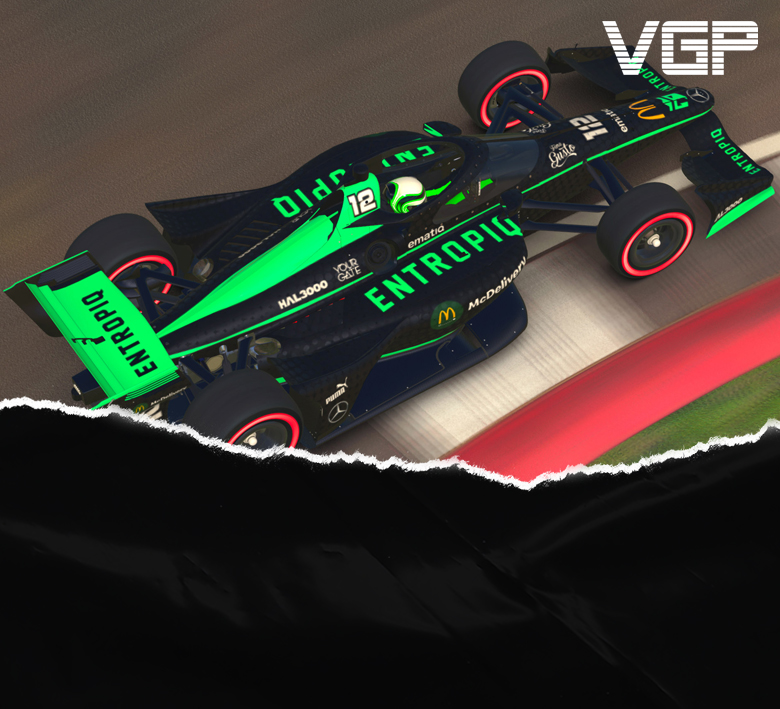 Lukáš Podstata confirmed his position number one of the current Mercedes-Benz Virtual GP 2021 season at Belgian Spa-Francorchamps circuit and added another victory.

This race had everything. The famous Belgium circuit offered drama from the start to the end.

But Matoušek missed the stars. After a mistake and a slow down also Podstata dropped several places and our drivers had to atack the front positions all over again.

The preparation and setup of the car was excellent. The black and green formulae were among the fastest in the race. But Matoušek destroyed the car during one of his overtaking attempts and had to retire.

Lukáš Podstata, who started with the number 19 in respect to the young driver Anthoine Hubert, who died on this track at the age of 22, was unstoppable.

Moving up the rank, he made a great chase in the last laps and with three minutes to go, he overtook the then leader Lukáš Přáda using the push-to-pass system and held on to first place.

He also increased his lead in the overall drivers' championship ahead of Přáda. Entropiq currently lead the team championship after eight races.

"It's definitely not a happy ending to the race, I'm disappointed," commented Lukáš Přáda, who finished second at Spa-Francorchamps. "I thought we had a well-prepared car and would be fast, but Entropiq showed that they are somewhere else. They were much faster."

"It was a terrible chaos at the beginning of the race, I tried to keep the car together, I saved fuel, I got to the first place, but Lukáš Podstata showed incredible speed. I knew I had no chance on the straights."

The winning Entropiq representative Lukáš Podstata summed up the successful race: "We believed that we had unbeatable speed on the straights and this was confirmed. I got slow down at the beginning, I was even 15th, and Michal had an accident, but I managed to get back to fourth place and the breakthrough happened."

"This race must have been fun. I was watching the use of push-to-pass by my rivals, I knew I had an extra one at the end and that made the difference."

The circuit, which traditionally hosts events such as the Italian Grand Prix for Formula 1 cars, awaits the VGP drivers on 24 August. Lukáš Podstata will enter the last four races with a solid points lead.