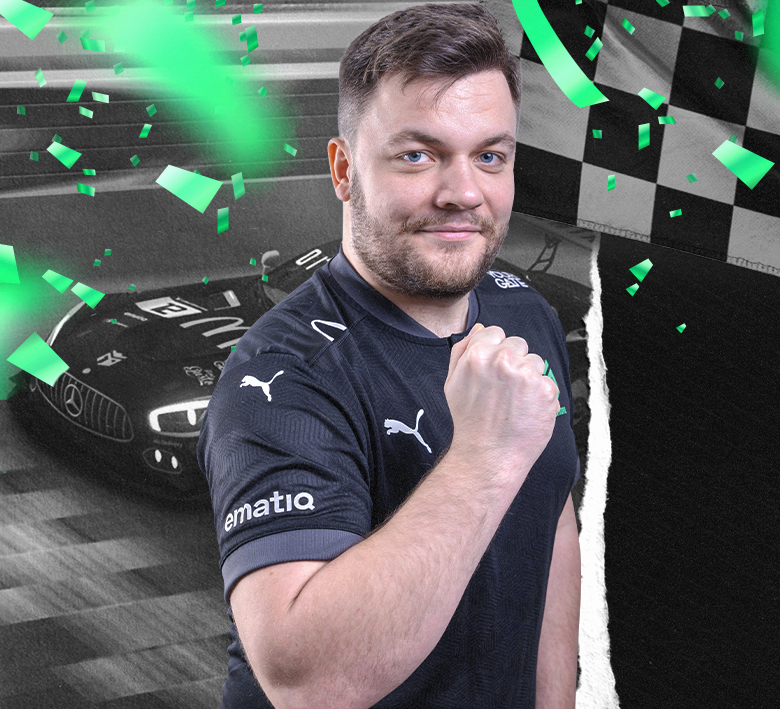 He won the last four races and total of seen out of 11. Lukáš Podstata, driver from Entropiq team, is the Champion of Mercedes-benz Virtual GP 2021!

The penultimate race of the season happened at city circuit in american Long Beach. And it was dramatic until the last corner. sezóny byl naplánován na městském okruhu v americkém Long Beach. A bylo to drama až do poslední zatáčky.

"Who survives, wins," the drivers predicted the possible scenario, but only a fraction of the participants kissed the concrete wall.

On a track where it is not easy to overtake, Lukáš Podstata reigned supreme in qualifying and also got off to a good start. He held on to the lead. His biggest competitor, Lukáš Přáda, was breathing down his neck.

"All year I was more like a newcomer, I didn't admit too much pressure, but now the last step came and it was hard. I didn't want to the last race to decide. Someone accidentally hits you and a year's worth of effort is in the dust," commented Podstata on his feelings during Long Beach.

"We were neck and neck in the pits, but at least it had some spice. The fight on the track was always fair play though. There was mutual respect, neither of us wanted to shoot the other down somehow," he continued with the details.

"Overall, Long Beach was more about strategy than speed. But the last two laps were a heart attack. I had to slow down so we wouldn't go another lap, I didn't have petrol and Lukáš was pushing forward. But it worked. I'm very happy with the whole season, but I still have to let it go through my head to enjoy it," finished the new VGP champion.

The other Entropiq driver also had a good performance at Long Beach. Michal Matoušek crossed the finish line in fifth place, underlining the black and green colours' grand debut in the VGP this year. In addition to Podstata's overall win, Entropiq also won the teams'championship ahead of schedule.

The final race of the season can now be driven by both of our drivers without nerves. Will we see the winning finish in Suzuka, Japan? Wait for it in two weeks.