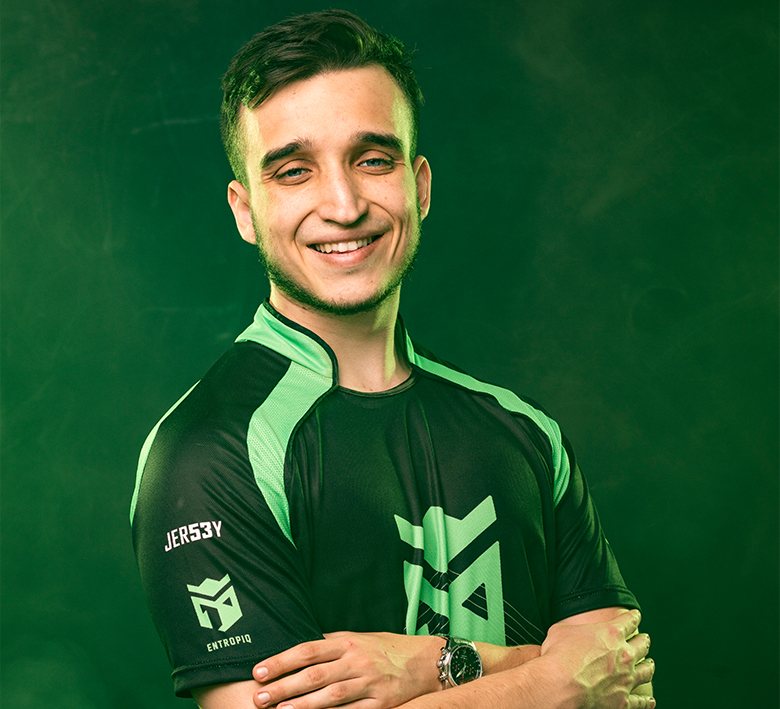 Leckr: We Want to Dominate CZ-SK Field and Break Through to the World

Michal "leckr" Kadlíček returned to the Czech Republic after a six-month spell with Austria's No Limit Gaming. We caught up with the Entropiq CS:GO captain.

How did you get to Entropiq and why did you choose the organization?

It all started thanks to our current coach Forji, whom I've known for several years. For a while, we were thinking of building a team that would have the highest goals. And this year our paths finally crossed. Forji presented me Entropiq, and when I learned a little bit more, I knew I wanted to play for this organization.

How does the team play look after the first few weeks? What do you need to work on?

So far, it's been great. We've all known each other for some time, not only in real life but also in the gaming one. We spent a while playing with each other and have a good understanding of each other in the game. We built this roster so everything would click. I think that, outside CS, we need to work on our mindset and the mental part. We need to improve our mentality to avoid losing matches only because of our heads. We know we have what it takes, but it needs to transcend into results. Our mental psychologist Gábina is helping us to accomplish that.

You spent nearly six months at No Limit Gaming. What did you gain from international experience? Have you improved as a player?

It provided me with a valuable experience. It was the first time I was a full-time player for a team, so I saw what it entails to be a professional esports player. I played alongside very experienced players and learned from them. I broadened my experience both in-game as wells as when it comes to leadership, psychology, professionalism, and so forth. Eventually, it didn't fill the expectations, but the adventure helped me make a big step forward.

Let's go back to Entropiq. How often do you practice?

It depends on how much time do we have until game time. A casual training session lasts about 6-8 hours. Pre-season, we practiced 9 or 10 hours because we needed to get in the rhythm. When we schedule the training, we mainly look to make it suitable for us so that we'd play at our peak performance. We try to use the time as effectively as possible.

What are your short-term and long-term objectives?

We need to link up as a team and be dominant on the Czech and Slovak stage. After that, we'll aim to break through to the world to prove that even a Czech-Slovak team can compete against the world's elite.

Entropiq CS:GO squad has been off to an impressive start. The last few days saw our team first tie eSuba in the Sazka eLeague before they scored victories in COOL Liga and ESEA Open League.