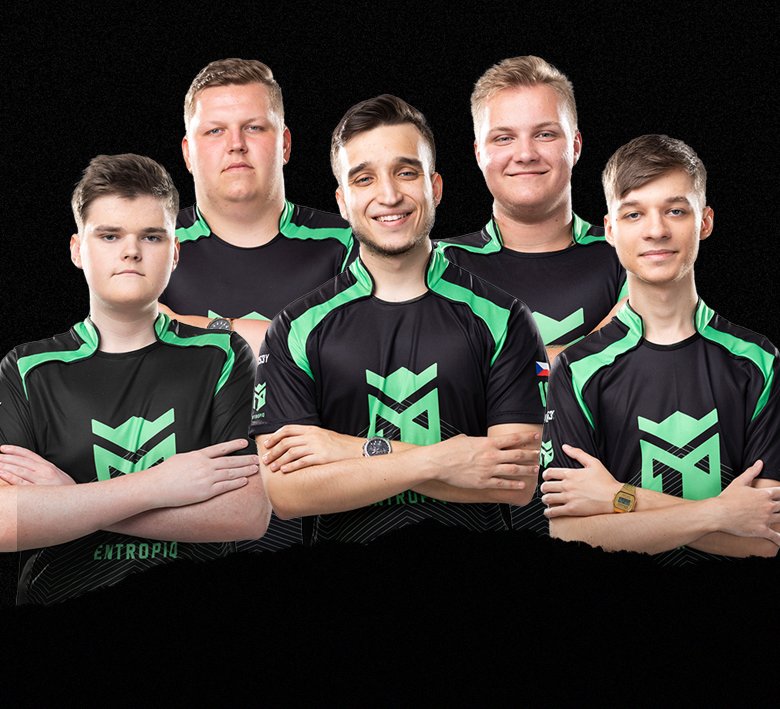 Leckr Ahead of Czech Nationals: We'll Give it All!

The Czech Championship in CS:GO kicks off tonight, and Entropiq will begin the quest for the title by taking on Sinners, one of the hottest contenders. The match starts at 7 p.m. CET.

The top eight Czech rosters will be battling across the next five days, with the national title on the line. Entropiq is the third-biggest favorite according to sportsbooks, following Sinners and eSuba.

Entropiq was also noticed by a social media phantom TrashTalker, who predicted the black-and-greens as runners up...and Sinners as champions.

This year's tournament format features two four-team groups, played GSL style. Two units from each group will advance to the weekend playoffs. All matches are played as best of three, with the exception of a BO5 Grand Finals.

While waiting for the action to get underway, you can check out what our captain Michal "leckr" Kadlíček had to say ahead of the Championships.

What's the team spirit before the opener against Sinners?

The spirit is good, I would even say great, no matter that we face the toughest enemy right off the bat. We believe that the boys and I had a solid preparation, so we're ready to show that we can beat anyone, including Sinners. We'll enter the competition confident and we'll give it all.

Is it an advantage to have Sinners in the group and fade them in a potential semifinal? Or would you prefer to be in the easier group?

Nobody wants to be in the tougher group, it's always nice to have an easier way to advance. But it has both pros and cons, and if we make it out of the group, we won't meet the biggest favorites until the Grand Final.

Overall, if we want to win the national title, which we do, then it's up to us to be the best team. It doesn't matter whether you face Sinners, eSuba, or eEriness. We have to defeat everyone.

What were the reactions after the group stage draw?

I don't think that anybody was swearing. We just smiled about it. It's not something we can influence, so there is no reason to be bothered by it. While it was a tough draw, we're not here to complain. As I said, we want to win regardless of who is on the other side of the map.

How did the practice go? Is the team making progress?

I feel we've recently improved a lot when it comes to team play. We're fresh off three weeks of practice, for which our coach Forji and I had prepared a schedule to get ready for the Championship. We wanted to make sure to have a full map pool, to feel comfortable on all maps. I can say that we hopefully managed to accomplish that, which gives us more confidence.

Do you have any aces up your sleeves?

Of course, we have some surprises in store, but I don't really want to get into details. But the fans should check out our T-side play, we prepared a few new things and tactics.

What are your goals? To advance from the group is the minimum?

We're not really concerned by concrete results so that we wouldn't feel under pressure. Our mission is to come to the nationals as prepared as we can, playing in our top form and showcasing our best performance. We know that if we play our best game, it will be a great CS, we can hold our heads high because the results will come sooner or later.