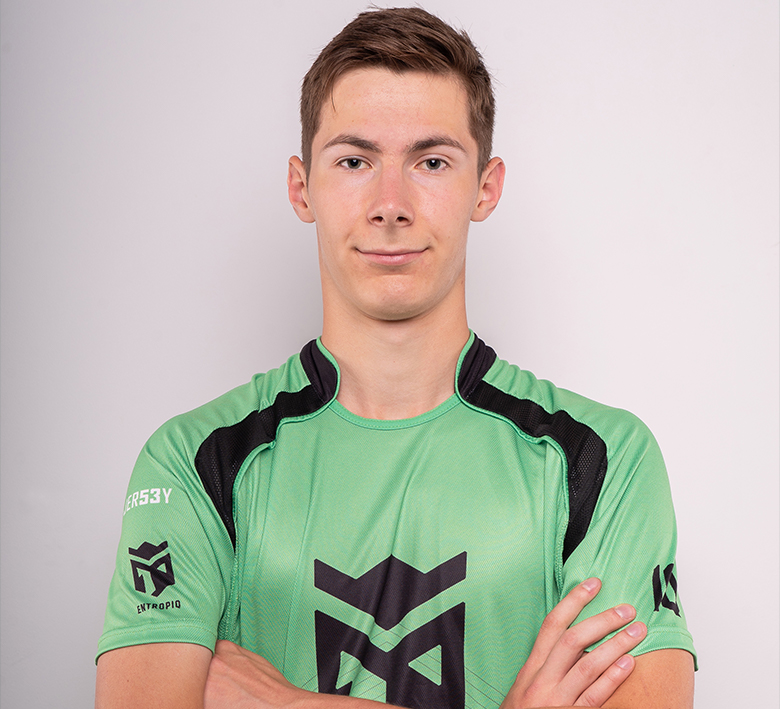 With only a few hours left before the Hearthstone Masters Tour Asia-Pacific kickoff, Entropiq announced the signing of Josef "Jobsad" Smutný.

He previously represented InsideGames for several seasons, reaching the podium in a handful of high-profile events. Smutný has been regularly competing on the Masters Tour level.

"Jobsad's departure is a huge loss for us, but we understand his motivation to keep moving forward. He carried our flag for many years and left a spectacular mark full of unforgettable moments," said InsideGames owner Vojtěch Klapuch.

"He always gave it all and fulfilled his obligations. For that, I am very grateful. If only the Czech Republic boasted more players like him. I support his decision to join the new organization. Entropiq has high standards and it seems they will keep raising the bar," Klapuch added.

To make this step is a logical move for Jobsad's esports career. Before signing as a player, he had already joined Ematiq, the analytic company with close ties to Entropiq through Martin Kabrhel's ownership.

"Jobsad is a great asset for Ematiq. He showed talent and knowledge in the sphere of probabilities and statistics, so I am pleased to close this transfer," Kabrhel said, stressing that Jobsad is an elite Hearthstone player.

Kabrhel, who is renowned for his background in mathematics and data analysis, looks forward to seeing Jobsad thrive in Entropiq's colors.

"We have high expectations from this signing. I am confident Jobsad will be a great fit for our Hearthstone division, featuring Faeli and En1gma. Faeli himself praised Jobsad during our latest AMA on Twitch, hoping to welcome him on board. I am happy we could make this wish come true," said Ondřej Drebota, Entropiq's Managing Director.

With the Masters Tour Asia-Pacific right around the corner, Jobsad's prep mode is in full swing. The contest kicks off on Friday, July 20, at 2 a.m. CET. Nonetheless, Jobsad found time for a short interview to introduce himself to the Entropiq fan base.

Welcome to Entropiq. Give us a little introduction, please.

Hi, my name is Josef "Jobsad" Smutný. I'm 20 years old and I've played Hearthstone for about four years. My schoolmate brought me to the game with a brief intro during a break. Initially, I wasn't hooked, but when I got into it, I couldn't stop.

Did you use to play other games?

I used to play LoL or Counter-Strike, but Hearthstone has been the clear frontrunner in the last few years. I really enjoy it.

Your debut in Entropiq colors will be no smaller than the Masters Tour Asia-Pacific Online, where you'll be playing along with Faeli. Tell us a little bit about your new teammates.

I know Faeli and En1gma very well. We were roommates at Masters Tour in Korea. They're great guys and excellent Hearthstone players, so I can't be happier about our roster.

How is the prep going?

We've been working together, primarily with Faeli because En1gma, unfortunately, missed the qualifier this time. I hope all three of us will make the next one. We've been discussing potential lineups and strategies. The recent nerfs really shook meta. I'd already had my lineup sorted, but the update made it unplayable. So we have to figure out how to change it and how to succeed.

Is the teamwork within the Czech community important?

I'd say now more than ever. The teamwork and effectiveness are getting high priority. Nobody knows what will be played, what will work. The meta is brand new, so I hope we'll capitalize on the hours we've been putting in.

Which result would you take?

I'll try my best. Hearthstone is partially about luck, but if I repeated 6-3 from the last Masters, it'd be fine; 7-2 would be more than I expect. The competition is stacked.

Your younger brother is also competing in Hearthstone. You've played a few final matches against each other. Is the rivalry something that pushes you forward?

My brother is an exceptional character (laughs). He's still only a 13-year-old-kid. We sure have a healthy competition, but I think he takes the rivalry more seriously than me.

Do you talk some plays? Are you his mentor?

Sometimes we discuss things, but it's more that I'm trying to advise him about picking lineups. He's a great player. Just needs to be pushed every now and then, but his game is incredible for a 13-year-old.

What did he say about your transfer?

He's excited...he's always excited when there's a buzz around me. He's very much into it. And 100% approves Entropiq.