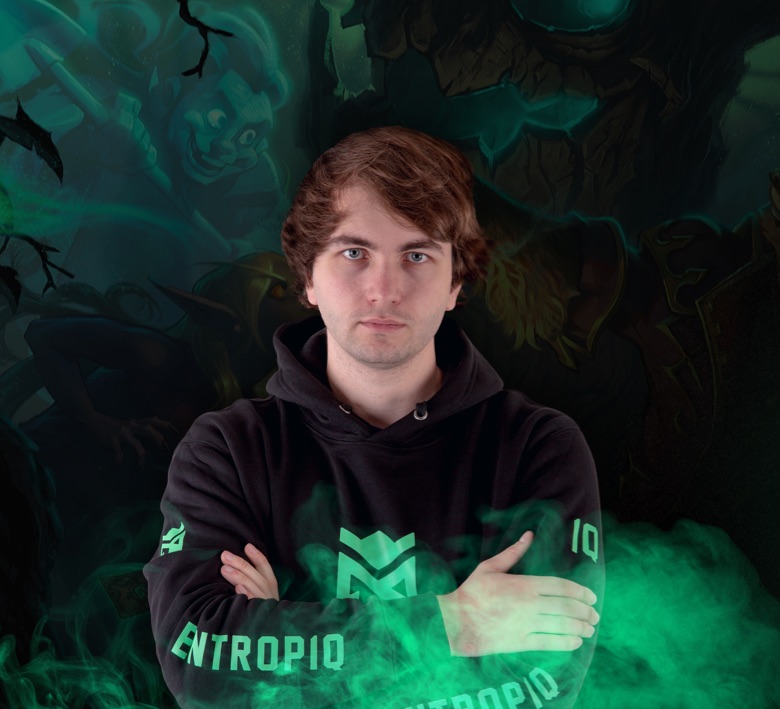 One of the first members of our newly formed Team Entropiq is one of the best Czech players in the online strategy card game Hearthstone Oldřich “Faeli” Mahdal and has been for a long time.

Faeli is 26 years old and he has been playing Hearthstone since its release on the market in 2014. His tournament winnings of over $40,000 rank him among the top 10 most successful Czech players ever.

He has several significant results in the Hearthstone Championship Tour (HCT) tournaments. We have to mention, that he acquired participation in the top 8 Team event Hearthstone Global Games, and also the title of Champion of the Czech Republic in recent months.

How did Faeli get to HS? What would he change about the game? What are his current goals? We got a chance to sit down and ask him a few questions.

I've always liked games, where you need to think. I enjoy playing out my opponents...

Entropiq: What is your gaming history?

Faeli: I've always been a player, my family and I have always played card, board and computer games.

Concerning the competition, I gradually made it through chess, go, Magic and WoW:TCG to Hearthstone.

E: Have you always preferred strategy games, or have you ever had a time period when did you like FIFA/cars/CS?

F: I've always liked games, where you need to think. I enjoy out-playing my opponents, but it's certainly not the only thing I like.

But FIFA and similar games are not my favourites (I don't like football generally :-)). Games like Need for Speed, Trackmania or occasional shooting games have always been at the forefront for me – but it was a long time ago, when my brother and I played Unreal Tournament 2004.

At the moment I like to play a game with a story (e.g. God of War, Horizon Zero Dawn...), where I can take a break from thinking all day about the best play in HS.

E: You have been playing Hearthstone almost since the very beginning (2014). Have the game and opponents changed over the years?

F: Indeed, I have been playing since the very beginning (closed alpha). By coincidence, the rise of Twitch started at the time of Hearthstone’s release. The game grew very fast thanks to this new possibility to follow it. Almost zero competition has become a very competitive environment over the years.

E: How did you earn the nickname Faeli?

F: There is no special story :-) I used Faeries when playing Magic, then I used it when playing WOW and I am still using it now :-D

Primary goal is clear – the Masters Tours and my way to GM.

E: What do you do for a living? Are you a full-time player? Are you a student?

F: I am a full-time player currently. After graduation (bachelor degree in cybernetics from ČVUT FEL in Prague), I started to play full-time and my first year (2018) was extremely successful. I suddenly nearly missed the GM league, but earned enough prize money and experiences.

I battled wherever possible in the last year, I combined HS with some coaching and poker play, but my promotion to GM is more real in 2020 so I will do my best for this possibility.

F: Primary goal is clear – the Masters Tours and my way to GM. Other tournaments as Champions title of the Czech Republic will be a good complement. It would be a pity to not utilize my full focus on HS wherever possible.

E: You have achieved many interesting results. Which result do you value the most?

F: In the first place, it will definitely be the qualification for Winter Championship 2019. It was a result of the whole year’s performance. I place great value on my consistent results on the HCT tour – mostly HCT Oslo and HCT Singapore. I was silver in both cases.

E: If you had the power to change something in Hearthstone, what would it be?

F: Many things … the system of tournaments in-game, higher support of competition, I have in mind some new game mechanics … we could spend a long time here.