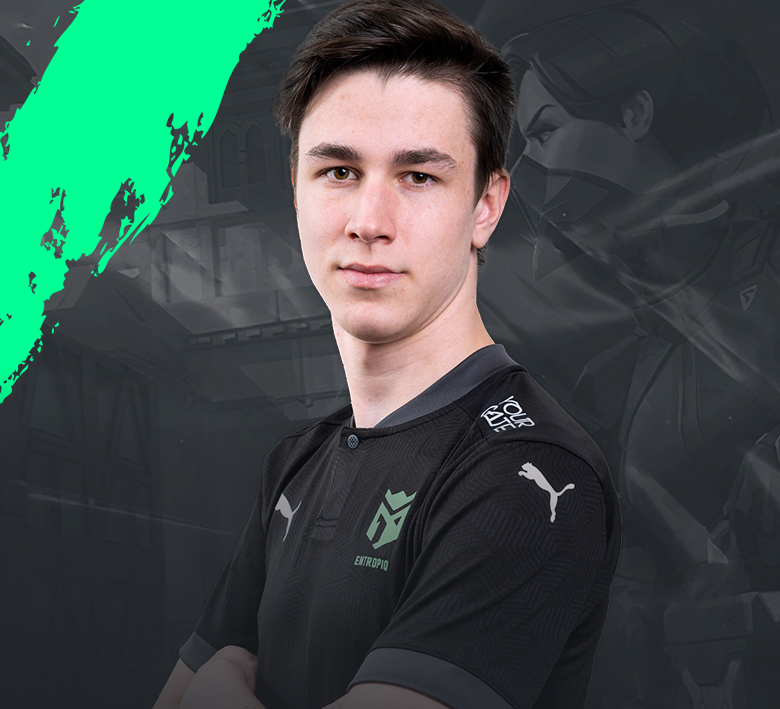 Entropiq is about to introduce our new international Valorant team. The only Czech player in it is Karel “Twisten” Ašenbrener, who was traded from eSuba.

Twisten was in the sights of big European organisations. He was one of the best in eSuba and his performance got him to the top positions in the VLR.gg leaderboard.

After couple of European tryouts Twisten made it to black and greens.

“Negotiations went for weeks. At the end of January, we came to an agreement and the transfer had a go. We would like to thank Twisten for his representation and we wish him good luck in his new home,” said Alexandr Ambróz on eSuba’s webpage.

Hi, can you introduce yourself to our fans and mainly to people who don’t know who you are.

Hi to all Entropiq fans. My name is Karel Ašenbrener and I you might know by my nickname Twisten. I’m 16 and I come from Prague. Besides playing games, what I enjoy very much, I like to watch good football matches for example.

It’s no secret that you’ve been traded from eSuba. What made you to change jersey?

To say one thing, I was attracted to the chance to play in an international team with ambitions way beyond domestic scene.

We won’t introduce your teammates just yet, official introduction is about to be released in the matter of hours. How is your coordination going and what do you think about the first matches?

Teammates are awesome. I can’t complain. If it goes like this all the time, I’d only be glad. 😉

What are the ambitions of the new Entropiq’s Valorant roster? Main goals of the season?

We want to succeed internationally and get to a major. We work hard towards that goal, every day up to 8 hours, we’re not easing up. The mood is great, we spoil for a fight. 😊

I started up with CS 1.6, then I switched to CS:GO, after that to Rainbow Six Siege, then CS for a while again, but last year I got captivated by Valorant.

When did you start to play truly competitively?

My esport history is connected to Rainbow Six Siege. I probably shined mostly in Dark Tigers and Cyber Gaming teams. We made history with Dark Tigers as a dark horse of the Slovak championship, where we finished third after some great performance right behind teams Lan Party Hotel and KaYEET, that were the best teams in CZSK, something like football Barcelona and Madrid.

With Cyber Gaming I added another bronze on the Czech championship.

Why have you switched to Valorant?

I have to admit that I didn’t like Valorant at all in the beginning. But I hold on, played more and more and then it completely consumed me and I loved it. There was no turning back.

What are your biggest esport achievements yet?

Definitely the third places in R6S mentioned earlier, but nothing big. Personally, it was some offers from elite teams. I hope that the biggest achievements will come with Entropiq. I believe we have what it takes!