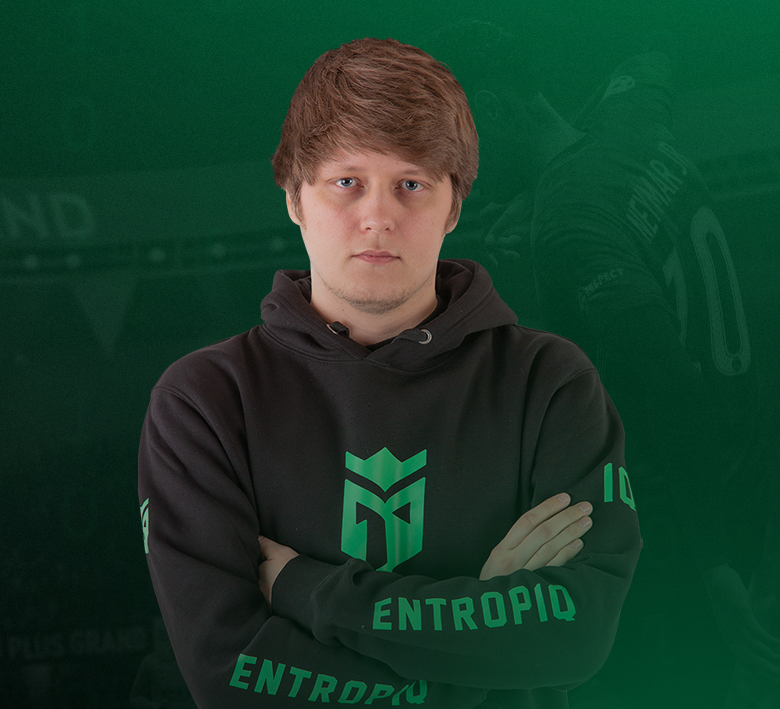 Štepán "RIIJK" Sobocki and Patrik "Huhnak" Hornák are the cornerstones of the Entropiq FIFA team. RIIJK has been one of the best FIFA players from the Czech Republic for quite some time.

He's currently the highest-ranked Czech player on the Global Series leader board, which offers a slight-but not impossible-chance to qualify for the FIFA eWorld Cup. How did RIIJK get to the virtual EA Sports football game, and how he sees his odds to make it to the world stage?

What's your gaming background? Have sports games always attract you or did you start with some other titles such as Counter-Strike etc.?

I bought a PlayStation in 2013, and because I'd always played and liked football, I got FIFA as well. It took four more years before I started to play truly competitively. I've never played any other game on such level. Sometimes, my friends and I play Counter-Strike for fun.

When did you start taking FIFA seriously?

I've really focused on the game since about 2018 when I started winning most of the tournaments. I'd like to return that run because I'm yet to hit my stride in FIFA20. So far, I've been mostly getting only second and third places.

Where, and for how long, did you play real football?

I played for Braník until my youth years. The highest tier we reached was Pražský přebor, so nothing too exciting.

It's a little derivation of the name of Frank Rijkaard, a Dutch football legend.

Who's your favorite player in FIFA20?

Tell us about your esports accomplishments. Which of them do you value the most?

I consider huge success my appearances in the international tournaments; at the V4 Future Sports Festival in Hungary and at the Continental Cup in Paris in FIFA19, where I qualified as a Czech national champion. I also rank high my recent runner-up finish in e:LIGA where I represented Slavia Prague...but a win is a win.

How many hours per day/week do you practice?

It varies. I try to play for two or three hours during the week and more on the weekends with my main focus on the Weekend League.

What's your training routine? Do you spend a lot of time focusing on the theory (where to shoot from, how to execute corner kicks, setting up attack, etc.) or is it mostly about practicing the game itself?

I spend minimum time with theory. It might be a mistake, but sometimes I can see something. But I spend the vast majority of the time playing. Playing, playing, and playing.

Mindset plays a huge role in FIFA, so I try to be calm when I play. I can't let my focus slip because of conceding an early goal. I need to keep my level of concentration at the highest. Be careful at defending and attacking with an ideal speed: to not rush too hard but neither to be too slow, which would make it easy for the opponent. You need to find a perfect balance.

How has FIFA evolved since you've started playing it? Not only the game itself but also its potential within esports.

The Czech scene has progressed rapidly in the last six months. There were only seven verified players last year; now there's more than 20. And we're not even midway through the season. The competition gets tougher, which is reflected in the rising quality of the tournaments.

What helped the esports, in general, was the involvement of the real football clubs and other organizations such as Entropiq. The players can now compete full time, earn some money. The sponsorship deals and FIFA points allow them to build team rosters on the level of the top European players.

I can see significant progress in all spheres, and I hope we might break through to the world stage this year. It would be ideal if someone from Entropiq advanced to a real major event.

A simple one to wrap it up: Xbox or PlayStation?