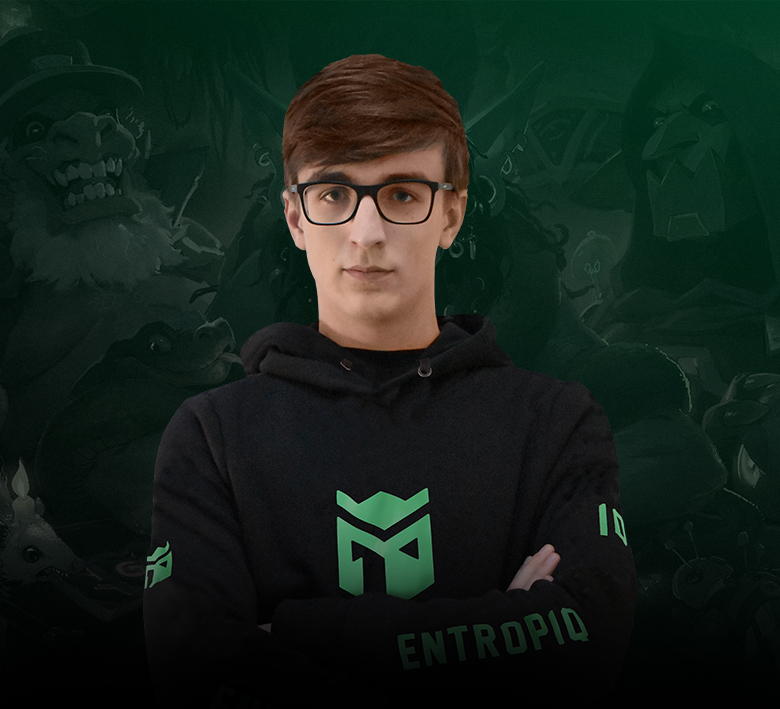 Entropiq welcomes a new member to its team with the signing of a rising star of the Czech Hearthstone in Petr "En1gma" Balcar. The 16-year-old is joining the reigning national champion Oldřich "Faeli" Mahdal in our colors, bolstering the Hearthstone division.

The wunderkind may have chosen a nickname strongly associated with a legendary encryption machine from the 1930s, but En1gma is by far the youngest player on Entropiq's roster. Nonetheless, the teenager has already been involved with Hearthstone for nearly three years.

"My friend once showed me the game. I've always liked card games, so I gave Hearthstone a shot and fell in love with it very soon. What hooked me up was mainly the complexity of the game and also the option to build my own decks," En1gma described his beginnings.

"My friends and I used to play various FPS games as well, but I've never been good in those. Now I'm fully focused on Hearthstone. I generally like to play solo because when something fails, I know it's my mistake, and I don't need to worry about hurting the team."

En1gma was initially picking up Hearthstone casually. He wouldn't be playing competitively until last year when he started to challenge the best players on a regular basis.

"I used to play tournaments every now and then, and was getting some decent results on the European ladder, but I never really thought about Hearthstone as a game that I could play on the top level. Then I notched my first tournament victory, and it flipped the switch. Since then, I've had an immense motivation to improve," he said.

En1gma's career took off from there, propelling him to new heights and a completely different ball game.

"I have great memories from my very first LAN event, PLAYzone Challenge in Brno, and from a fantastic ESL Nationals in Poland or the Masters Tour Seoul which featured around 300 of the world's best players. While I didn't get much going my way, the trip was a great experience, and I learned a lot," he added.

Breaking through to the big stage brought the first major achievements. "The victory in the ESL Nationals is up there, but I also embrace my successful qualifiers to the Masters Tour Seoul and now to Bali, which was first relocated to Los Angeles and will eventually take place online."

Only a few days ago, En1gma was able to add another feather to his cap thanks to five top-eight finishes in a qualifier to the third Masters Tour of the season. He earned his slot at the main tournament which is scheduled to run in Jönköping, Sweden, should the ongoing COVID-19 crisis allow it.

However, last year saw En1gma experience not only the highs but also some of the lows. "I'd really like to forget about the Last Call tournament, the Czech national championship qualifier. I was trying to qualify to the championship through the year, but I didn't make the cut."

"My huge goal is to win one of the Masters Tour events and join the elite Grandmasters League," he revealed.