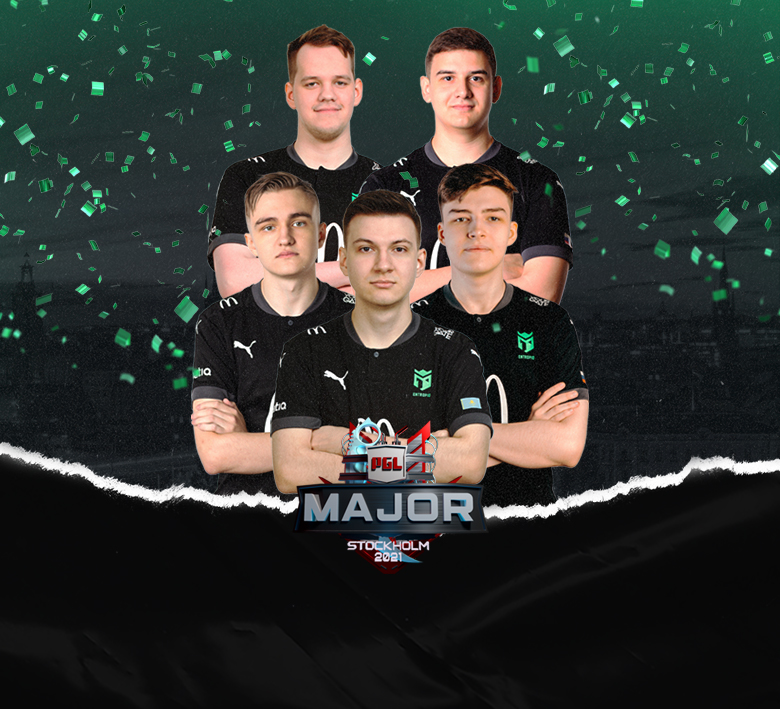 It was drama until the last shot. Entropiq players managed to deal with unpredictable tiebreakers, got to the semifinals and secured enough points to get to the tournament of tournaments. At the turn of October and November, PGL Major Stockholm will offer $2,000,000 prize money!

Autumn Intel Extreme Masters was the last chance to get RMR (Regional Major Ranking) points to leaderboard, from which the best five teams of CIS reagion can get to Stockholm for the pinnacle of CS:GO season.

Entropiq's position before the start of IEM was simple. With the favoured formations predicted to take the lead, the black and greens only needed to slip to fifth place to reach the Major.

A very difficult, but not unsolvable situation.

In the six-man group, Krad, El1an, Forester, NickelBack and Lack1 successively handled Akuma and AVE, losing to the star lineup of NAVI, but after an unexpected triumph over Team Spirit, Nemiga was waiting in the last match.

The 10-16 loss eventually left Entropiq, Spirit and Nemiga on identical 3-2 scores, with the final standings decided by MR3 match rules. Overtime. Everyone against everyone.

After the first three matches the score was still even, but in the second round Entropiq captured two wins, finishing the group in second place and securing their qualification to the IEM semi-finals, at least fourth place and thus enough RMR points to qualify for the Majors!

In the semifinal match we met the current HLTV number two Gambit Esports, who showed us how it's done and gave us a quick 0-2. We're going to face Virtus.pro in the 3rd place match.