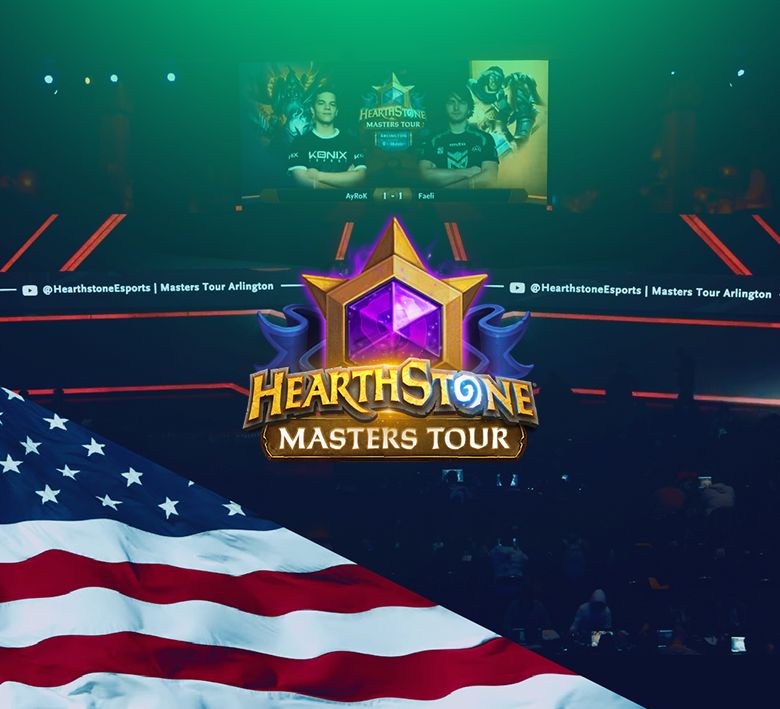 Representing the black-and-green colors of Team Entropiq a the Hearthstone Masters Tour Arlington, Oldřich "Faeli" Mahdal made a decent run in the 258-man contest. Faeli finished the tournament with a 6-3 record, notching 30th place, highest among the three Czech players in attendance.

All of Faeli's losses came in the sudden-death games of the BO5 format. Tight matches with unfortunate outcomes cost Faeli his chance to earn a seed in the eight-man playoffs, leaving him with a $2,250 prize.

After the tournament, Faeli gave his two cents about the opening Masters of the year: "I think that everyone who finishes the Masters with a positive record belongs among the top players. I was able to get six wins and three losses, and all of the losses were close. Honestly, I consider myself a better player than most of the Grandmasters. This tournament, however, had me clashing with some of the contenders who stand out, even on the Grandmaster level: kin0531, Monsanto, Jarla, Seiko. We fought hard and had tight battles, but I only managed to emerge victorious against two of four of them. My third loss, once again a 2-3 rally, came on the live stream against AyRoK, who eventually made it to the finals," he said.

"Our matchup with Jarla drew the most attention among Czech fans, because it was one of our first clashes on the international level, even though we travel together to nearly every tournament," Faeli revealed.

"Of course, the whole Czech and Slovak 'national team' discussed the pre-event practice, so our strategies were relatively similar. Jarla played only one other deck than I did. We knew it would be a close series, an immensely important one as well, with respect to our future chances in the tournament. It came down to the fifth game again, which was broadcasted on the stream, and Jarla eventually prevailed," Faeli added.

"In hindsight, I can admit that I felt confident in every series when it came to the lineup, except against Edanco, whom I still managed to outplay. I'll try to prepare well for the upcoming events and, hopefully, I'll have some better luck," he concluded.

Faeli is looking forward to his upcoming appearance on the big stage: "Next stop: Masters Tour Indonesia in March!" he said, having already punched his ticket to the tournament as won a qualifier back in December. The Indonesian Masters will run March 20-22, 2020.

The Arlington season-opener was dominated by French players. Zakarya "xBlyzes" Hail denied the aforementioned "AyRoK" for the title, walking away with the $32,500 first-place prize.

American Grandmaster Brian "bloodyface" Eason won his first nine matches to enter the playoffs as the only undefeated player. However, his streak ended in the quarterfinals when he fell to "Alan870806". Eason's conqueror bowed out in the subsequent round, losing to the eventual champion.