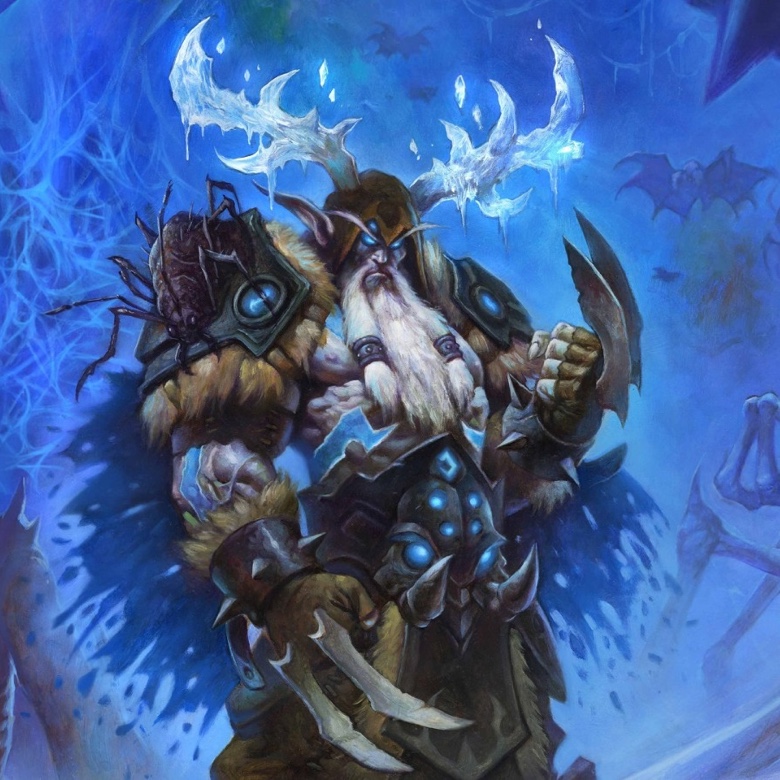 There are always two players competing with 30card decks along with one of nine unique heroes in the game. Each of them has their own special cards and powers and they fight against each other. You have plenty of possibilities and various combinations. Every game is unique.

It may seem like an eternity to some of you, but the history of Hearthstone started recently, in March 2014 to be exact. In this year Blizzard released their final game version after a long beta testing period.

The original subtitle of the game “Heroes of Warcraft” clearly demonstrated its inspiration, which helped Hearthstone to spread widely very quickly.

At the end of March 2014, almost one month after arriving on the market, Blizzard had more than 10 million active accounts. This figure increased rapidly again after it launched a version for mobile devices (tablets and smartphones). In November 2018, the company reported over 100 million players and significant profits.

A positive critic by prestigious game portals, an excellent 90%, also aided to the success.

The designer’s focus on the accessibility of Hearthstone for everyone, easy to use gameplay, and those short minute games predetermined this strategy card game perfect for the duels in tournaments.

Before the final version was released, Blizzard hosted an exhibition tournament featuring several well-known gamers. This made Hearthstone successful in esports with only the beta version.

In April 2014, Blizzard announced a premier Hearthstone World Championship, which was held as a part of BlizzCon in November of the same year. 16 top players from all around the world qualified for the event with a prize pool of $250,000. The winner from the USA, James “Firebat” Kostesich, collected $100,000!

In the following years, the world titles were won by players from Sweden, Russia, Taiwan and Casper “Hunterace” Notta from Norway won most recently in April 2019. Casper took home $250,000 for the world title already! A huge prize pool worth $1,000,000 was shared between participants in this tournament.

The recent champion of Hearthstone is Xiaomeng “VKLiooon” Li, a woman player from China. She won premier Grandmasters Global Finals in November 2019. She left Anaheim with $200,000 after finishing first place.

In addition to World Championships, Masters events are also richly endowed, and they always hold a few stops during the year and offer a basic prize pool of $250,000. Anyone can qualify via the gaming client. The best players have their seats guaranteed.

Since 2017, Team Global Games have been regularly held, with Czech players reigning in their opening year! Four players Petr “CzechCloud” Žalud, Mikuláš “Pokrovac” Dio, Stanislav “StanCifka” Cifka and Jaromír “Jarla” Vyskočil took $60,000 together for the prestigious world title! In the following years, the best Czech result in the Global Games was the participation in top 8 in November 2019.

Of course, there is also the Championship of the Czech Republic in Hearthstone, which takes place every year since starting in 2014, and in 2017 as part of the Czech Championships (MČR) in mobile games. Over the six years, six different champions introduced themselves on the home scene:

And it’s indeed the last Czech champion Oldřich “Faeli” Mahdal, who is one of the first ever members of the new esports Team Entropiq! Faeli is the captain of our Hearthstone section, which has one member so far. He will represent the colors of Entropiq at the Masters HS event in Arlington, USA between January and February!