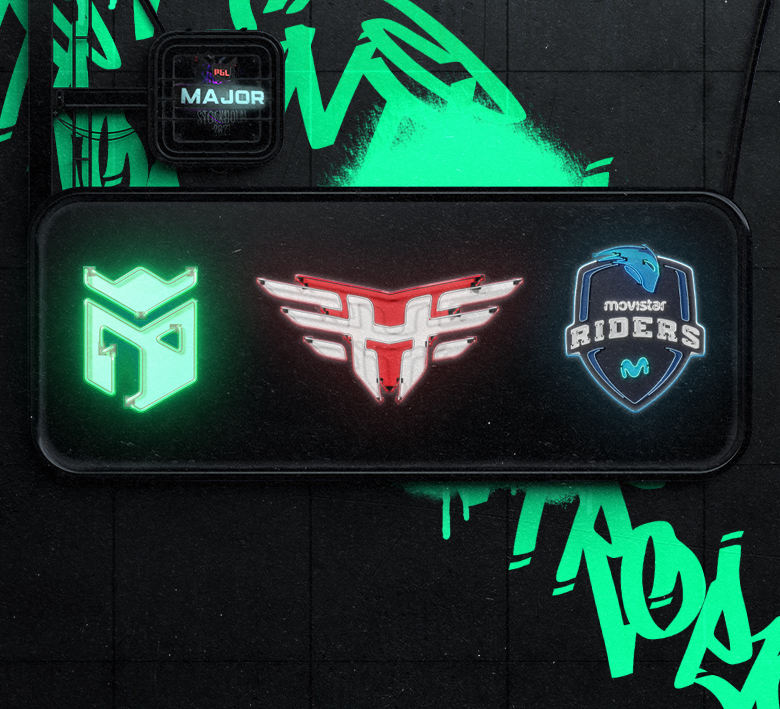 Heroic performance! We're going to play the Legends Stage at the PGL Major

Entropiq advance to the New Legends Stage at the PGL Major Stockholm! The 16 best teams in the world will play for a prestige and hundreds of thousands of dollars. The winner gets $1,000,000!

We are LEGENDS now! 🤩

Journey from the New Challengers Stage wasn't easy. Roster around El1an lost to BIG in the first round, but then they won 3 matches in a row and advanced to the next stage.

After a clear triumph over Astralis, black and greens, playing in new white jerseys, met Spanish Movistar Riders. Entropiq got to a quick 8-2 lead. Riders then managed to tie the game 11-11, but that was basically all. 16-12 win moved us to a Legends Stage match.

The representatives of the Czech organization had a difficult task. Bo3 series against the current fifth best team in the HLTV rankings - Heroic. The Danish team was a big favourite with odds of 1.3.

Entropiq on their map pick Ancient kept their opponent off to a rocky start, only for the Northerners to be flawless towards the end. After EIQ's 10-16 loss, few doubted Heroic's progress.

The paper assumptions were confirmed by the first rounds on Nuke. But EIQ managed to match the pace and ran away to a minor upset. The seesaw-like map gave the Danes one more chance.

At 14-12 Heroic were close to reducing it to a single point, in a 2v5 and later 1v4 situation they managed to humble their opponents, but their only player with a defuse kit was too far away from the bomb. Maybe a miscommunication, maybe bad timing, maybe great Entropiq.

Heroic still didn't lay down their arms. They killed. They tightened up again to 15-14, Entropiq didn't even have a decent buy in the last round, but still the round went our way. The decider map - Mirage.

Two words. Absolute dominance. The heroes had a small glimmer of hope at the beginning, but after that they didn't know where their heads stood. By the end, they were perhaps a little resigned to the end.

After a clean second half, Entropiq strolled to a valuable 16-4 win, 2-1 on the map overall, and celebrated their advancement to the next stage as the third team from the New Challengers Stage.

We continue today at 12:15. Fingers crossed!