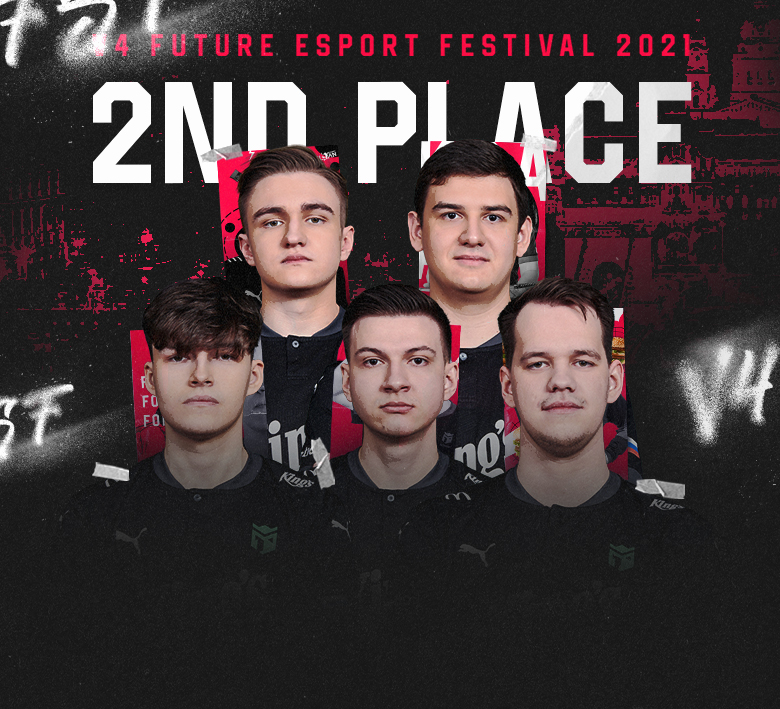 This CS:GO was attractive. Entropiq clashed with the world's number three Gambit in a BO5 final at the V4 Future Sports Festival. The game had to be decided on five maps.

V4 Future Sports Festival was one of the biggest CS:GO events this year, at least in terms of prizemoney. Entropiq were one of the four teams to receive a direct invite to the final group stage.

After wins over Sinners (16-2) and ENTERPRISE (2-1), the lineup assembled around coach Dmitry "hooch" Bogdanov went straight through to the semifinals, where we once again handled Team Fiend relatively smoothly and secured our participation in the final day of play.

From the other side of the playoff came team Gambit, who started very slowly and only confirmed that they are still gaining experience in offline events. However, our roster is in a similar position.

Not only was the prestigious title on the line, but also €150,000 for the winner. There was a fat consolation prize of €60,000 for the losing finalist.

The BO5 series, which are played only very rarely, did not start off ideally for our colours. Nickelback and co. had to make up for the loss of two maps, when they couldn't keep up with their opponents on Vertigo and Ancient.

However, it was Nickelback who called the turn on Overpass. His ace was the important moment that escalated to a progressive 8-0 lead, and even though Gambit tried to make a comeback, Entropiq finished Overpass 16-13.

Mirage has been our best map for a long time, and Black and Greens confirmed this with a 10-5 halftime run, this time not giving Gambit a chance to breathe.

"We're here to gain as much experience as possible at LAN events," said Vladislav "nafany" Gorschkov, Gambit's IGL, and that came true in spades in the finals. A full portion of five maps was played. The winner of the whole festival was decided by decider Dust 2.

Gambit entered the final map reborn. They put their previous losses behind them and dominated. Entropiq searched in vain for open frags. There was little hope after the 3-12 heap, Gambit quickly shut it down and closed out Dust 16-4.

Second place after final match is always somehow dissapointing, but Nickelback, Krad, El1an, Forester and Lack1 proved once again, that they belong among the very best. Moreover €60,000 reward is the biggest one yet in two-year history of our organization. GG!