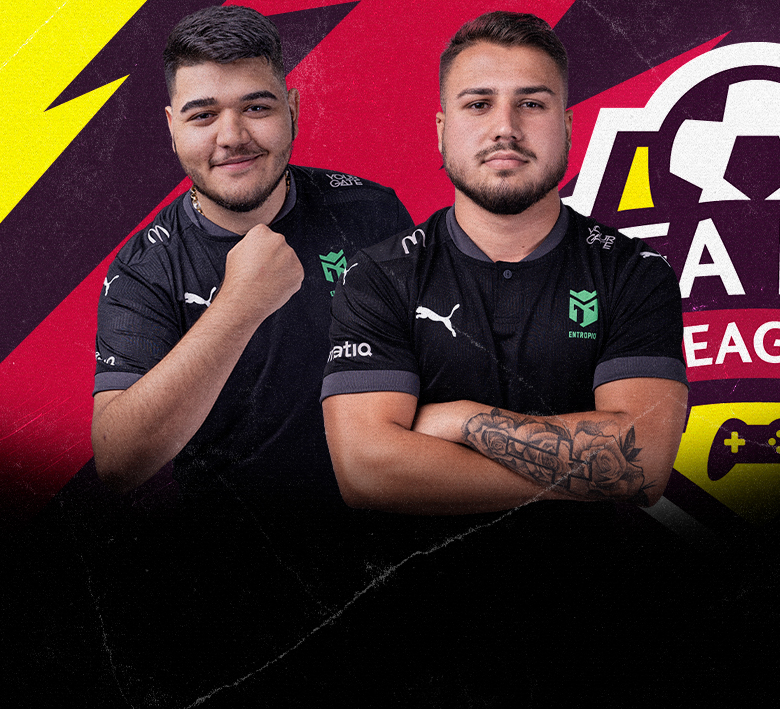 FIFA PRO League #4 is the fourth instalment of this professional esports league. In the current edition, the FUT mode on PlayStation 5 consoles is being played. The game is played in a not-so-common 2v2 team format.

In addition to teams from the Czech Republic and Slovakia, this year's FPL #4 also features players from Poland, Hungary and Latvia, who often represented very well-known football clubs from their home countries. Entropiq entered the interesting FIFA PRO League with big ambitions.

"From the beginning, our first sub-goal was to finish in the TOP2 in the table, to advance directly to the semi-finals, and we did just that. We did well, especially at the beginning of the competition, when we trained a lot with Mario and the matches were clearly going our way," commented Matěj "Matejs" Dunka on the FIFA Pro League regular season.

"But the schedule and the other tournaments were quite tight, our concentration at the FPL went down and so did our performance. I myself was very surprised by the game against SampiSinners, to whom we clearly lost. We have a lot to give back to them," he explained the possible reason for the later losses and added his outlook for the upcoming knockout battles:

"Before the playoffs, we will definitely throw ourselves into 2v2 training again. We want to win and defend the title from last year for Entropiq, when Mario was still the king of the singles. Playoffs are unpredictable, anything can happen, but on paper I could see Entropiq finals against SampiSinners, hopefully it will play out that way on the field. :-)"

Playoff night is scheduled for Thursday, 14July at 18:00. The Entropiq semifinals should be on the schedule from about 19:20.