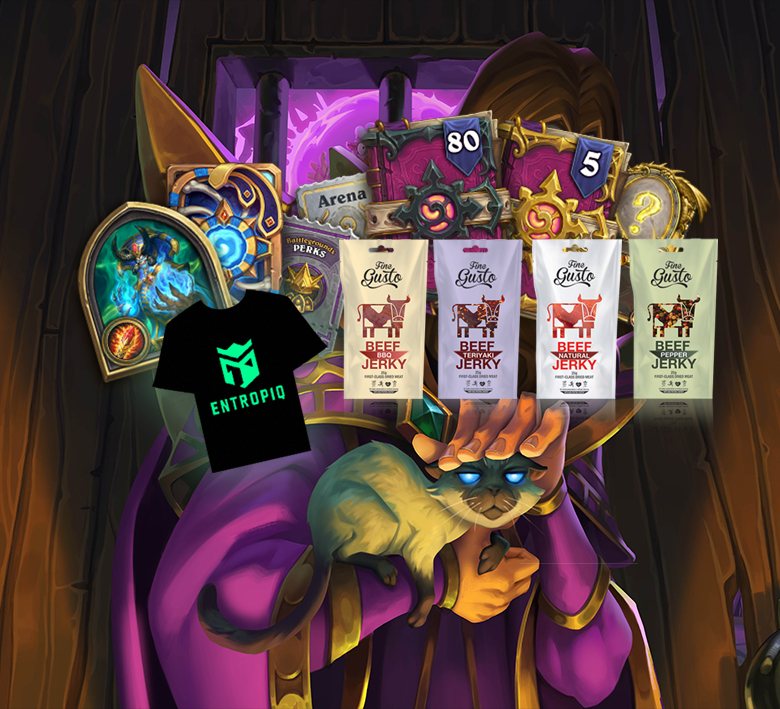 Entropiq has prepared a unique opportunity for all Hearthstone fans who look to earn the upcoming Scholomance Academy Mega Bundle for free. We'll be giving away for of the packs, worth €79.99 apiece.

With Blizzard releasing new expansion, Entropiq wanted to make sure some of our fans wouldn't have to pay for the Scholomance Academy Mega Bundle out of their pocket. The expansion includes 75 SA packs and many other bonus packs. The Mega Bundle has a €79.99 price tag in the battle.net online store, but Entropiq presents four ways how to get a hold of the package without spending a cent.

The first Mega Bundle will be awarded on Wednesday, July 29, with Entropiq hosting a tournament on Battlefy at 5 p.m. CET. The contest is capped for 128 runners: first comes, first served. Registration is already open.

The tournament will be streamed on Entropiq's Twitch channel with our Hearthstone ambassadors Faeli, En1gma, and Jobsad providing the commentary. The event will be held in a standard best-of-three, Conquest, no-ban format.

The aforementioned stream will also feature a random drawing with players and viewers eligible to join the lottery through a special command. Three winners will emerge with prizes: the first will get the SA Mega Bundle, second will receive a Fine Gusto package, and the third will claim an Entropiq shirt.

Our Instagram page provides the third gateway towards the Scholomance Academy Mega Bundle. More details will be released on Monday, July 27, so don't forget to follow Entropiq on Instagram to stay in the loop.

Additionally, the fourth SA Mega Bundle will be up for grabs in a Twitter competition. Information about the contest will be released on Monday as well.

Winners of the Instagram and Twitter competitions will be announced at the end of the Wednesday's stream from the tournament.