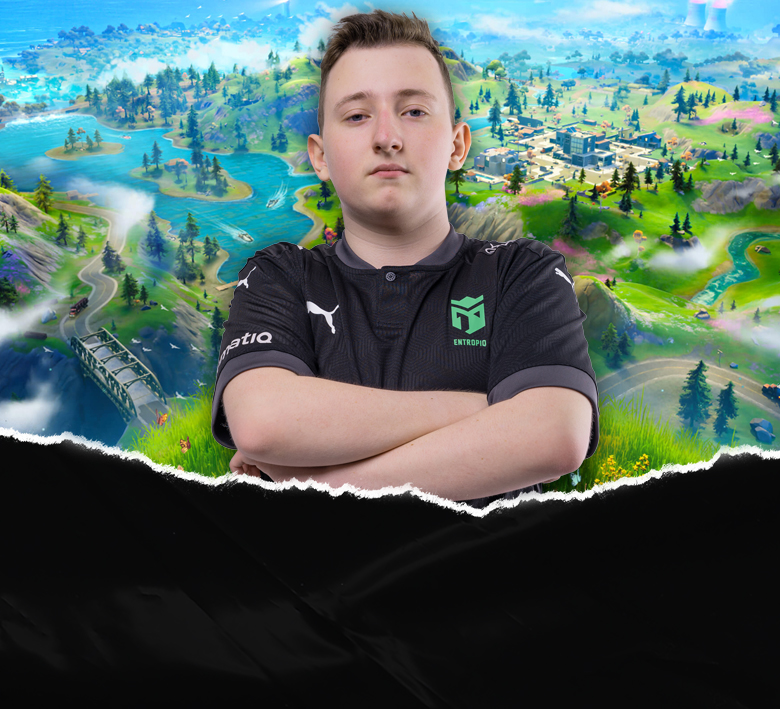 Patrik "Wraxx" Dalaveraj will no longer be alone in the Fortnite section. Another Fortnite player is entering Entropiq - the current number two on the local scene, Patrik "Minny" Hušek.

Patrik "Minny" Hušek is a rising star in the field of action battle royale title Fortnite, which has long attracted mainly younger players. He is 16 years old and will be starting high school in September to study tourism. Combining his studies with the thrill of being a Fortnite player shouldn't be a problem.

"I played a lot of different games before I got into Fortnite. From PUBG to FIFA to H1Z1 for example. I first saw Fortnite at Artix, the game immediately caught my attention, I had to try it out and this is how it turned out," he laughs.

In time he became one of the best. Before Entropiq, he was part of the ENTERPRISE Esports team.

"I'm currently ranked 157th in the EU and second best in the CZ region," he says, adding his biggest achievements to date.

"We won $10,000 in the Fortnite Champions Series Squad Finals and did well in the Solo Invitationals Grand Finals."

He doesn't dwell more on past results, however, and rather looks to the future, which will be closely tied to the black and green colours of Entropiq.

"With a new team comes another big challenge and new motivation. In the next few weeks we have the FNCS Reboot, through which we want to qualify for the FNCS Grand Finals. Personally, I would then like to get into the top 50 in Europe over time," he concludes.

In Entropiq he will be given the best possible conditions to work properly on his goals. Good luck!