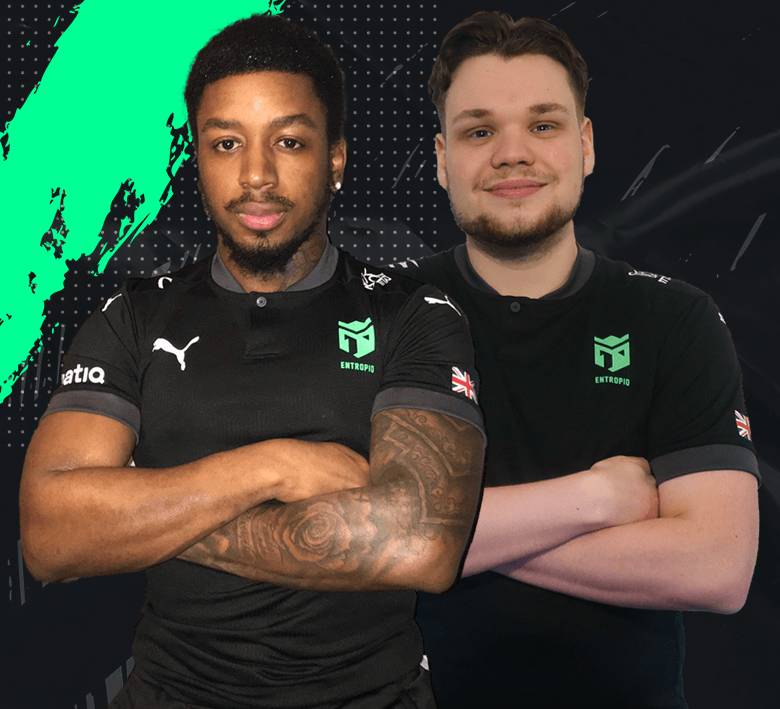 Entropiq thrived in the organization's debut in the FIFAe Club Series, immediately earning promotion to Division 2.

Sporting the black-and-green jerseys, Owen "Venny" Venn and Michael "Fully" Byron excelled in their first international appearance for Entropiq. The two British players excelled in the first round of the FIFAe Club World Cup qualifiers and punched the ticket to Division 2.

It's still a long way to earn a shot at competing in the FIFAe Club World Cup 2021 finals, but Entropiq has ticked off the first step on the way.

While technical difficulties led to a loss in the eventual super final against Team Exeed, the minor bump on the road couldn't change anything regarding Entropiq's move to Division 2.

The next qualifying round has been slated for January 7-8, 2021.

- Teams from Divsion 3 to be eliminated after Round 2

- Teams from Division 2 to be eliminated after Round 3