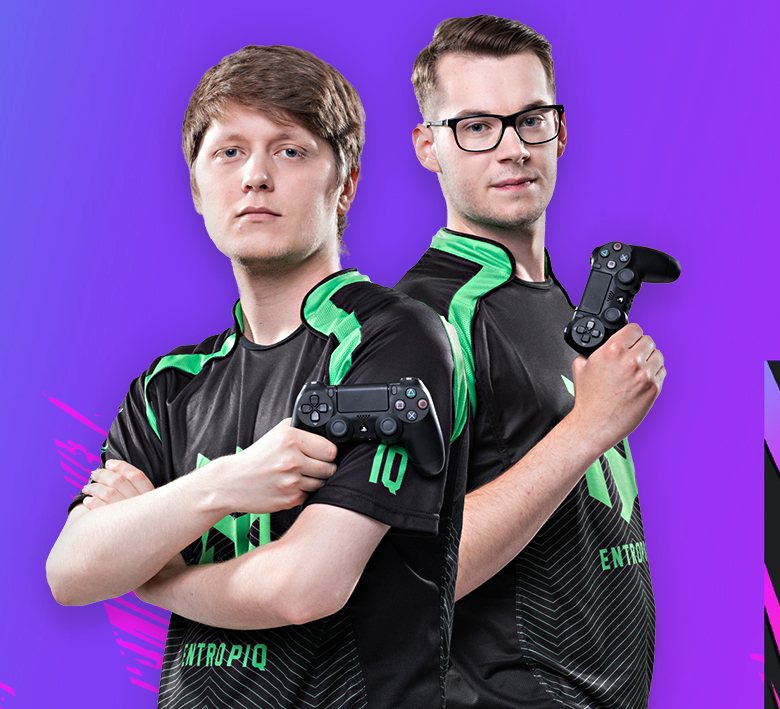 The new FIFA season is underway, and Entropiq players have already kicked off their respective COOL Liga and FIFA Pro League campaigns.

Štěpán "RIIJK" Sobocki is in the first division while Patrik "Huhnak" Hornák plays in the second tier of the COOL Liga system.

"I haven't been scouting my opponents much yet," said RIIJK about his competition. "I need to focus on myself. Overall, I've had a slow start to the season. I've been struggling with converting the chances. That means I myself have been my biggest opponent," he added.

RIIJK lost in his season opener against Sparta Prague's Caster, once again citing the lack of decisiveness in finishing. "I played alright, but it's always a hell of a shift to find the back of the net while I concede from everything. When I got within striking distance, we would pull two goals ahead again," RIIJK said about the match which saw Caster prevail 5-3.

The top tier features 12 players, who will face each other through the fall in a standard round-robin format. The top half of the table will be headed to the playoffs, with the best two earning a bye-week.

On the other side of the leader board, the bottom four will be forced to ply in relegation battles against the top four from the second division. That's where Huhnak would want to find himself at the end of the season.

"Nothing but promotion!" Huhnak said, hoping to move to the top tier. He's off to a solid start, with a 5-4 victory in the bag. "It won't be easy. While it's a second tier, there are many quality players," he said.

The black-and-greens have been active on the Slovak virtual football pitch as well. Both Huhnak and RIIJK are among 10 players competing in the FIFA Pro League, which also includes players from Sigma Olomouc, Slovan Bratislava, Spartak Trnava, MŠK Žilina, and AS Trenčín.

All players will meet twice during the league season, with the games being played in the kickoff mode with real teams.

"The kickoff was always very different than the FUT mode, and it applies to FIFA 21 as well," RIIJK said. "So far, I've been picking France, and I think I'll stick with that for a while. The team is well balanced," he said, adding that he hasn't been practicing the kickoff mode at all, which makes the gameplay a bit of a wild card.

RIIJK notched a win and a tie in the opening matchup against Cristy, who's regarded as one of the best players from Slovakia.

"He might be the toughest opponent in the league, so a win and a tie are solid results. My goals are the highest, the top three at the minimum," RIIJK claimed. He considered Cristy, Martin, Lumasa as the biggest rivals, along with his teammate from Entropiq.

No wonder, it is Huhnak who is in pole position after an impressive start to the league. Huhnak has already played four games, winning three of them and adding a point for a draw.

"I'm currently first, but I'm yet to face the best opponents, including RIIJK and Cristy," Huhnak said. "The kickoff mode is way slower than what we're used to," he added. Huhnak has also been putting his money on France so far, but he's looking to experiment. "I'd like play for my dear Liverpool, but their players aren't that good in FIFA."