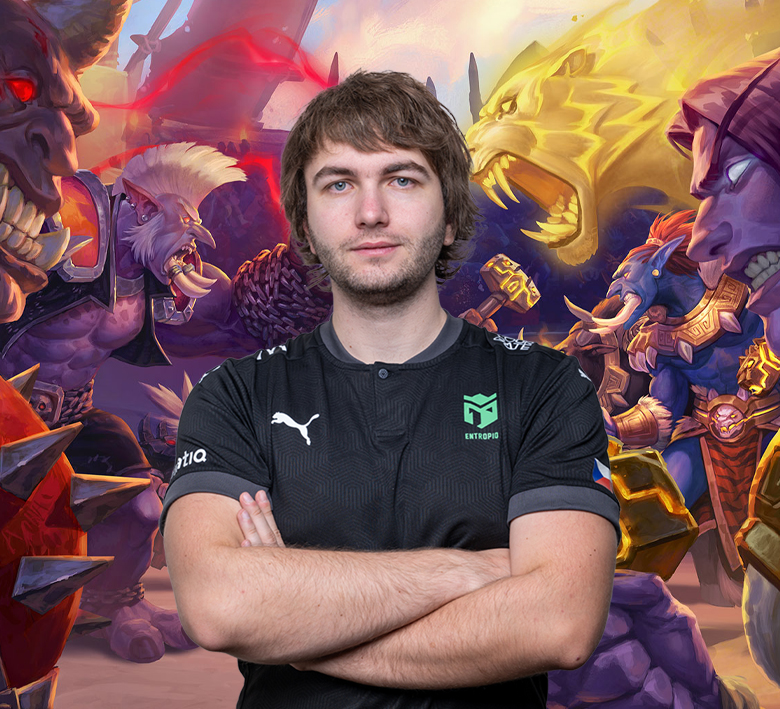 Faeli successful more than once

Oldřich "Faeli" Mahdal can't complain about the cards coming his way these last couple of days. He already secured his spot in the Dalaran Masters Tour and and as a captain guided the Czech team to the quarterfinals of the MAX League of Nations!

After Ironforge and Orgrimmar, Faeli won't miss even the third Masters Tour of this year. He fulfilled his qualifying obligation in a single weekend, walking away with the necessary four TOP8 finishes.

"After the first two weekends, I was a bit doubtful about whether I would be able to collect top eight finishes in time. It wasn't going well at all, so I switched from 'normal' mode to trying to play the Asian Qualifiers as well. I turned on the first one on Friday morning and managed to hit a top eight," says Faeli himself, giving a glimpse into his strategic kitchen.

"In the first tournaments of the weekend, I tried to beat Paladins, Warriors and aggro decks in general, but from then on the line-ups needed to be changed frequently and adapted to specific servers. I'm still a little surprised at how extreme the win rate was for the weekend (35-8 per series). I need to catch up on sleep a bit now and I should go out and look while it's so nice out there. The weekend was totally directed by the HS schedule I set."  (we got the info from Faeli on Monday when the sun was still shining :-))

On MT Dalaran, Olda will complement his teammate Peter "En1gma" Balcar, who earned an invite thanks to his performance at Orgrimmar.

Josef "Jobsad" Smutný still has the last two weeks of qualifiers to go, and especially the May ladder, which he gives priority #1, where the top 16 will get to the upcoming Masters Tour.

It was nerve-wracking until the last game. The Czech players took on a strong Denmark in the last round of the MAX League of Nations and had to wait for the result of Greece against Turkey.

The Turks, flawless in the regular group, finally confirmed their invincibility against the Greeks on Thursday and together with the Czech team they can look forward to fighting in the quarterfinals next week.

Captain Faeli, along with Jarla and Norwis, will face the Spaniards in Wednesday's battle at 21:00 CEST.