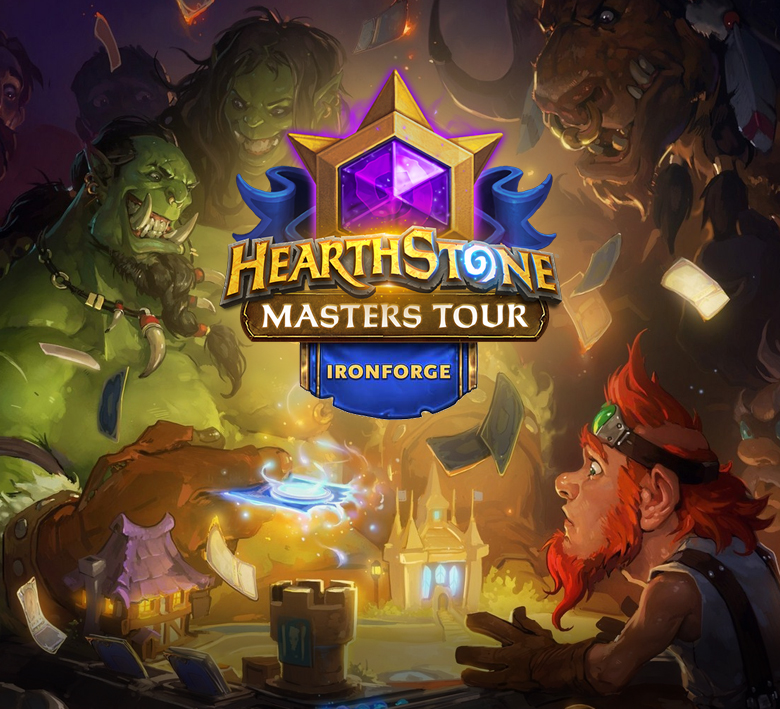 First Major of the Hearthstone season 2021 is here! Masters Tour Ironforge takes place during 12 to 14 March. Entropiq’s complete trio En1gma, Jobsad and Faeli is of course amongst 400 players battling it out for $250,000 prize pool.

Masters Tour Ironforge will be played online because of Coronavirus, just like any other big event of this year’s season. It’s going to be one of the last tournaments with the current meta. At the end of the month, Hearthstone will undergo a big overhaul, including new expansion Forged in the Barrens and introduction of the Core set.

Three days event begins on Friday at 6 p.m. After first two days and nine rounds of Swiss, the best 16 players will meet in a single elimination bracket.

All matches are played in the classic 4 decks format, BO3 and Conquest with a ban.

Masters Tour introduces several changes this year. Cash reward is prepared for the best 200 players. Compared to previous years, three loses in the first day don’t necessarily mean elimination, all of the players have the chance to play all nine rounds of Swiss.

Calculation ssuggest, that the score of 5-4 should be enough to place in the TOP200 and a couple of players with 4-5 should even reach a mincash. TOP32 will automatically be qualified to the upcoming Masters Tour Orgrimmar.

What do the Entropiq players say?

We met with other Czech players for a brainstorming. We created different charts, try to guess what other players could be playing and tested different decks and match-ups.

Many Pro players like this meta, but it’s not my favourite.

Some cards like Secret Passage are way too powerful and generally I don’t enjoy most of the decks. Despite that I’m happy with the line-up on MT Ironforge and I’m excited to play high stakes Hearthstone again. 😉

What do you think about this year’s Masters Tour season and the changes?

Overall I’m disappointed by Masters Tour, no crowdfunding, therefore half the prize pool. For players like me, who play open cups every week, it’s rather a sad news. It’s not going to affect my performance though, I’m here to give it my best.

My preparation came mainly from the first week of MT Orgrimmar qualification. The whole Czech “national team” was meeting every day on Discord to discuss our plans.

It’s very diverse, therefore variability of line-ups we came up with. I like the meta a lot, but it’s been here for along time and I expect perfect preparation from almost all of our opponents.

For me personally 6+ wins, at least positive score of our team members.

What do you think about this year’s Masters Tour season and the changes?

Journey to Grandmaster program is similar to last year’s one, the goal is clear then. I just hope that Blizzard would get back to crowdfunding and increase the prize money.

Preparation was a classic. At first I trained on the ladder a lot and after that I with the team and rest of the Czechs discussed what line-up would be the best.

I’d like to directly qualify to the next MT thanks to a good placement.

What do you think about this year’s Masters Tour season and the changes.